The indigenous sheep are commonly found in southern Punjab, Pakistan. These are reared under semi intensive conditions like grazing on casual places like barren lands and besides the road sides. The sheep farming is the hobby of farmers as it is major source of food and income to them. Indigenous sheep farming is very common in southern Punjab villages. The major contribution of sheep is meet and wool. It is interesting factor to have an idea about its live weight for slaughtering purpose.

To predict the live weight, the good indicators are different body indices. The body structure indices are developed on the basis of morphological traits. Various body indices indicate the different aspects of the animals. Banerjee (2016) described that body structural indices indicate variation in traits across sex, age group and locations in Garole sheep. Body indices are helpful to get good idea about the body weight of sheep for meet purpose because in local goat market the trading of animal is based upon its live body weight. Butchers also purchase the animal on the basis of live weight of animal. The body indices are not only important for meat purposes but also for leather size prediction. The idea of body indices was strengthened by Hall (1991), Salako (2006), Shawn et al. (2016) and Moutchou et al. (2017) by developing a set of utility indices that were designed to predict various butchering and transport decisions generally as well as to mediate the economic goals like processing and storage etc. Hence, the current study was undertaken under the above scenarios.

The following ten body indices were used on the basis of above morphological traits: 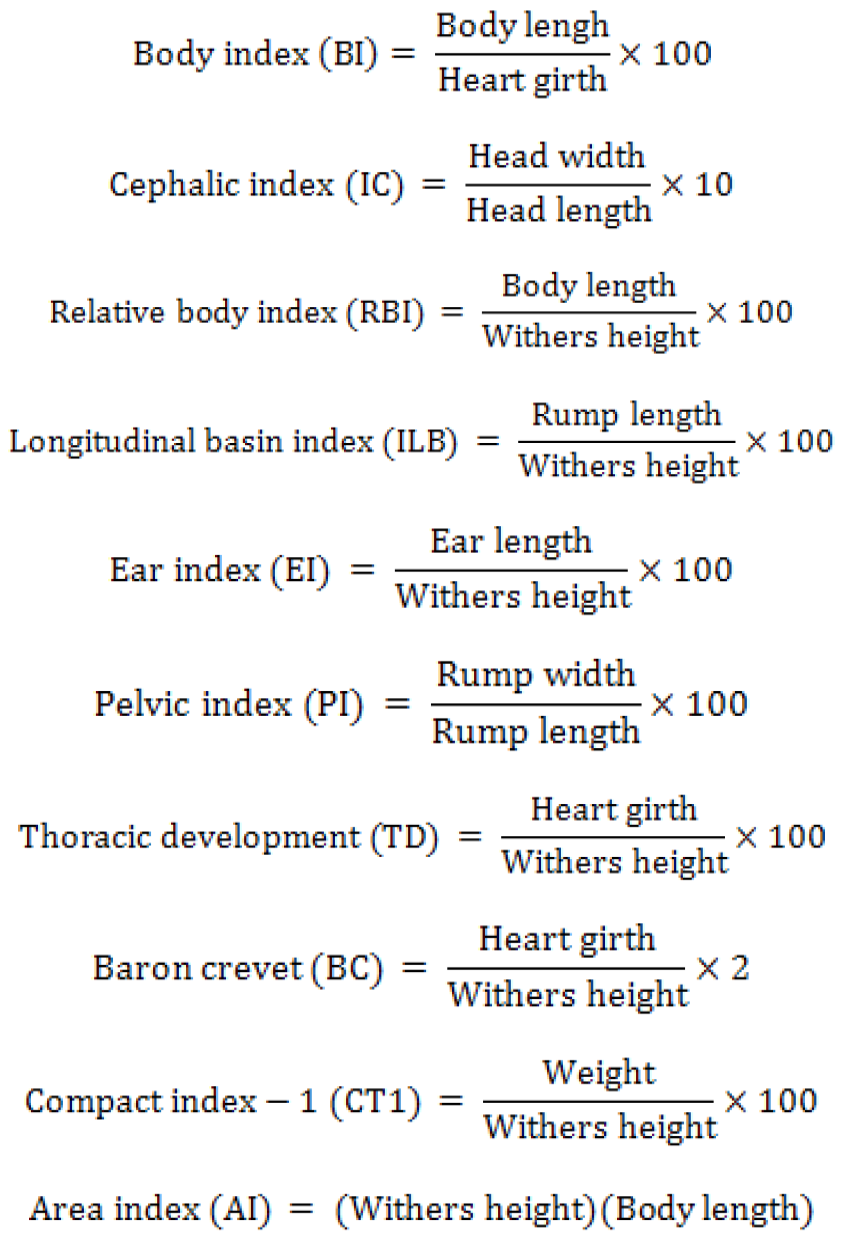 The descriptive statistical measures were used for morphological traits as well as indices to observe the variation pattern. Pearson correlations were used to check the nature and strength of relationship between body weight and other measurements. On the basis of Pearson correlations, the simple regression models were obtained to predict the body weight from morphological traits individually. To find the results two software i.e. Excel and SPSS (2008) were used.

Special thanks to the management of Government Livestock Experiment Stations, Livestock and Dairy Development Department, Govt. of Punjab.

The authors declare no conflict of interest.