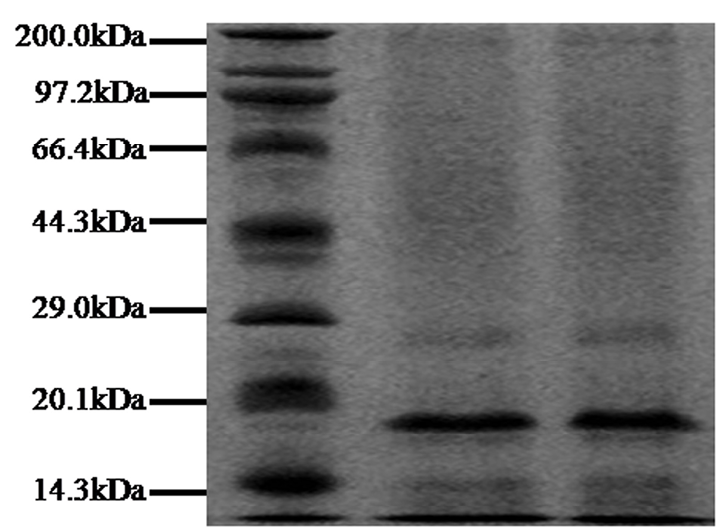 SDS-PAGE electrophoresis results of total peptides from antler plate The protein of antler plate was mainly concentrated below 29.0kDa, and a band around 20.1kDa was obvious. 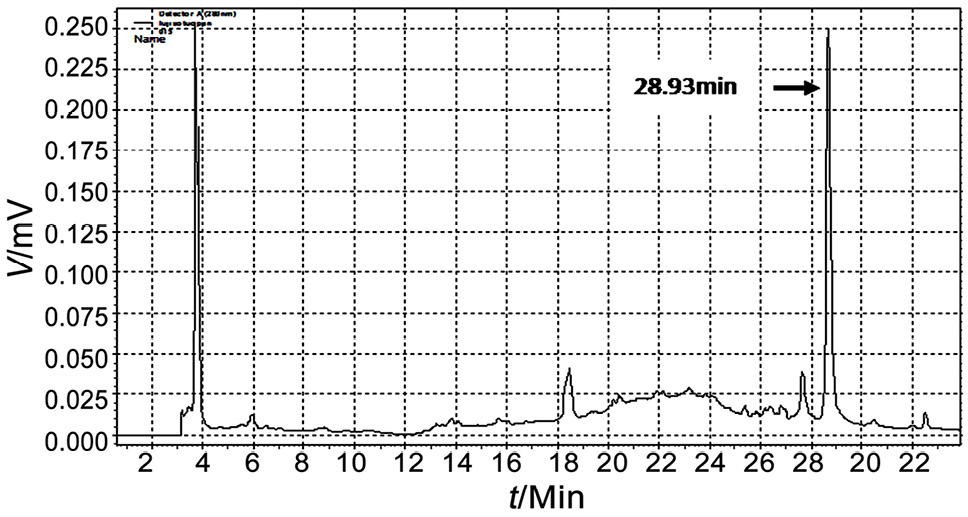 The result of analytical reverse high performance liquid chromatography. A total of 15 peaks were collected. The large peak between 3.2 and 4.0 min is the solvent peak, and the peak appearing at 28.93 min has a relatively high abundance. 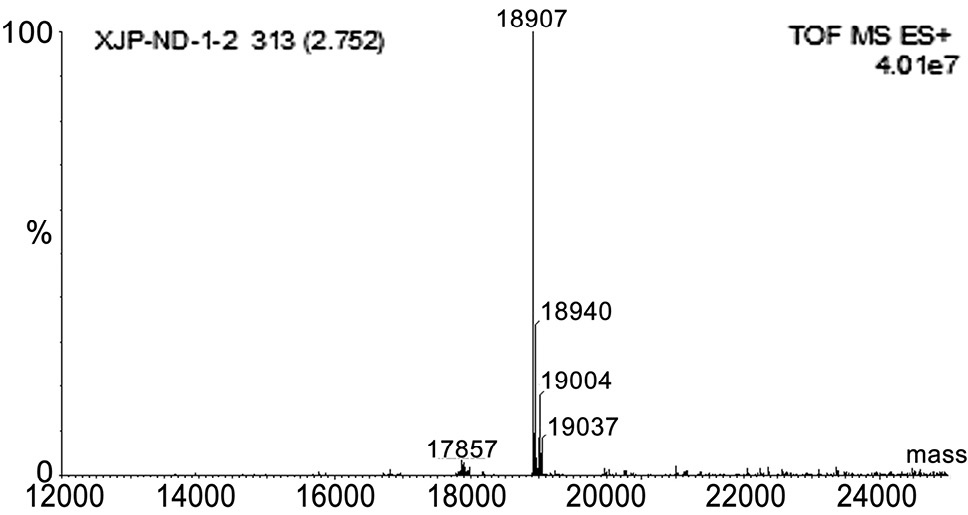 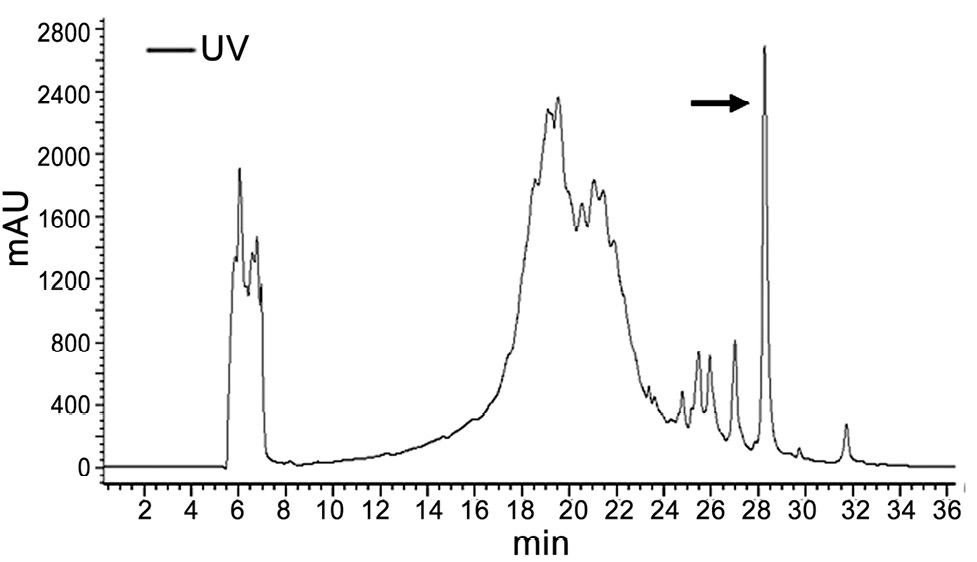 Liquid enrichment of reversed phase high performance liquid Chromatography. The arrow in the figure showed the enriched target protein with a molecular weight of 18907Da.