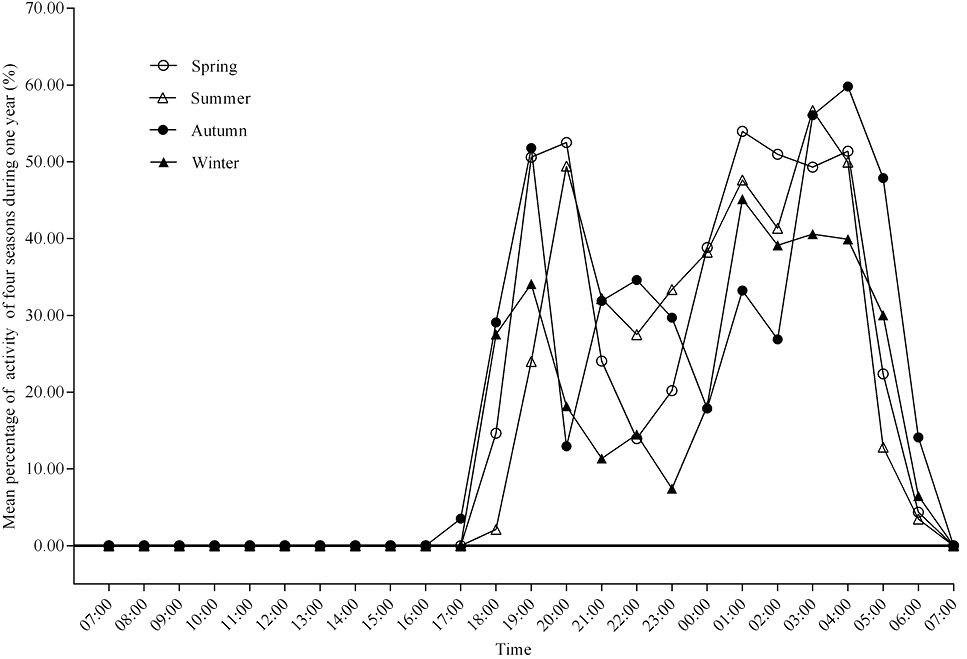 Activity patterns profile for T. xanthipes among seasons during one year. 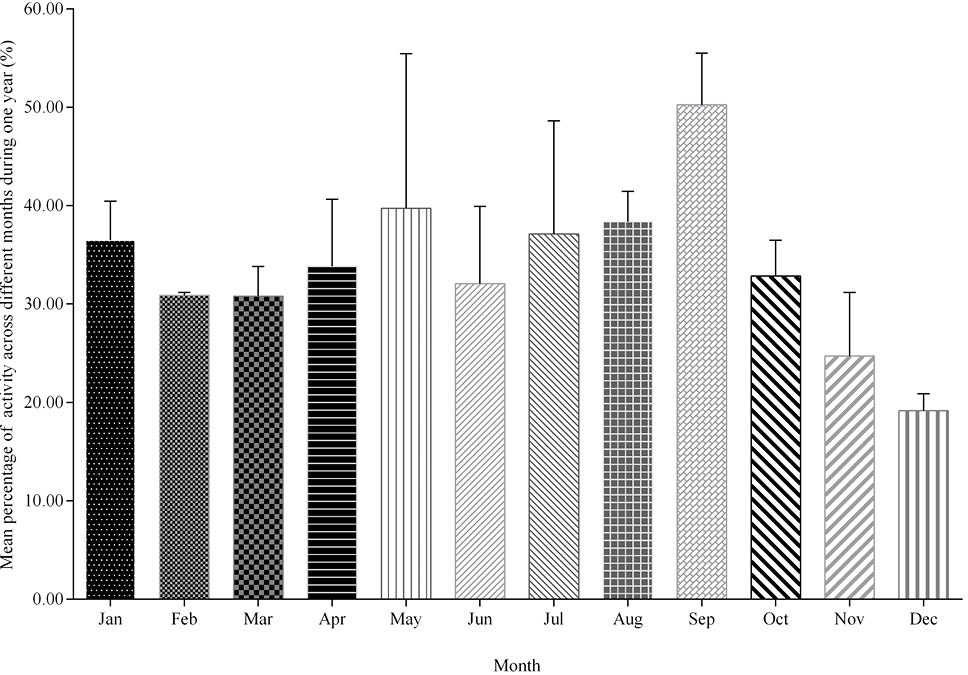 The variation in percentage of nocturnal activity across months during one year. It was obtained by averaging corresponding data over the whole records. 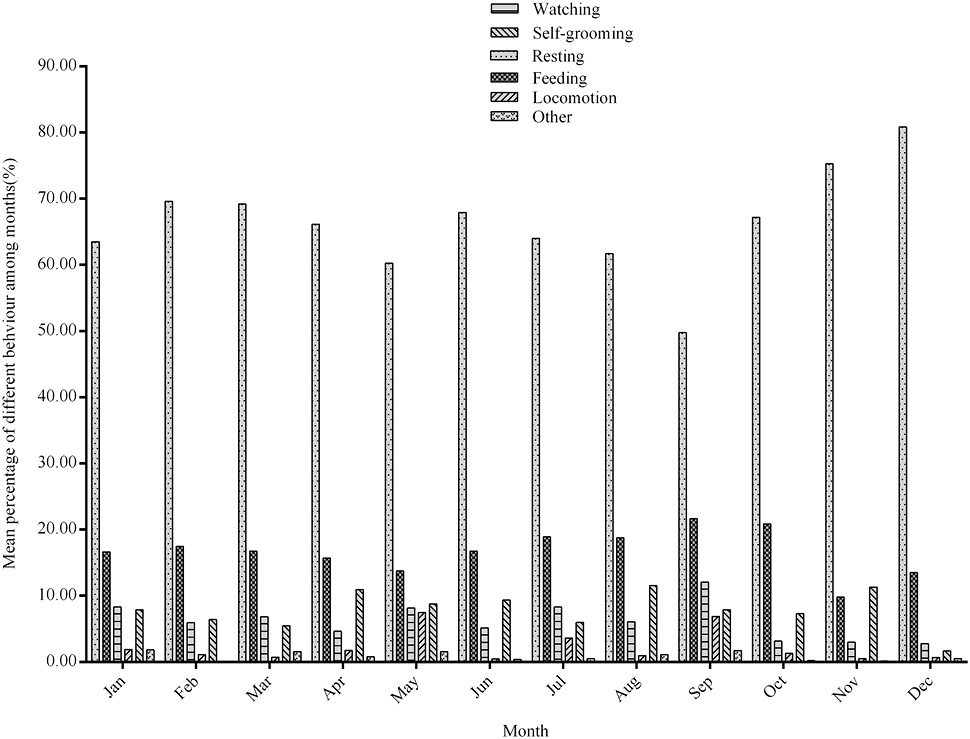 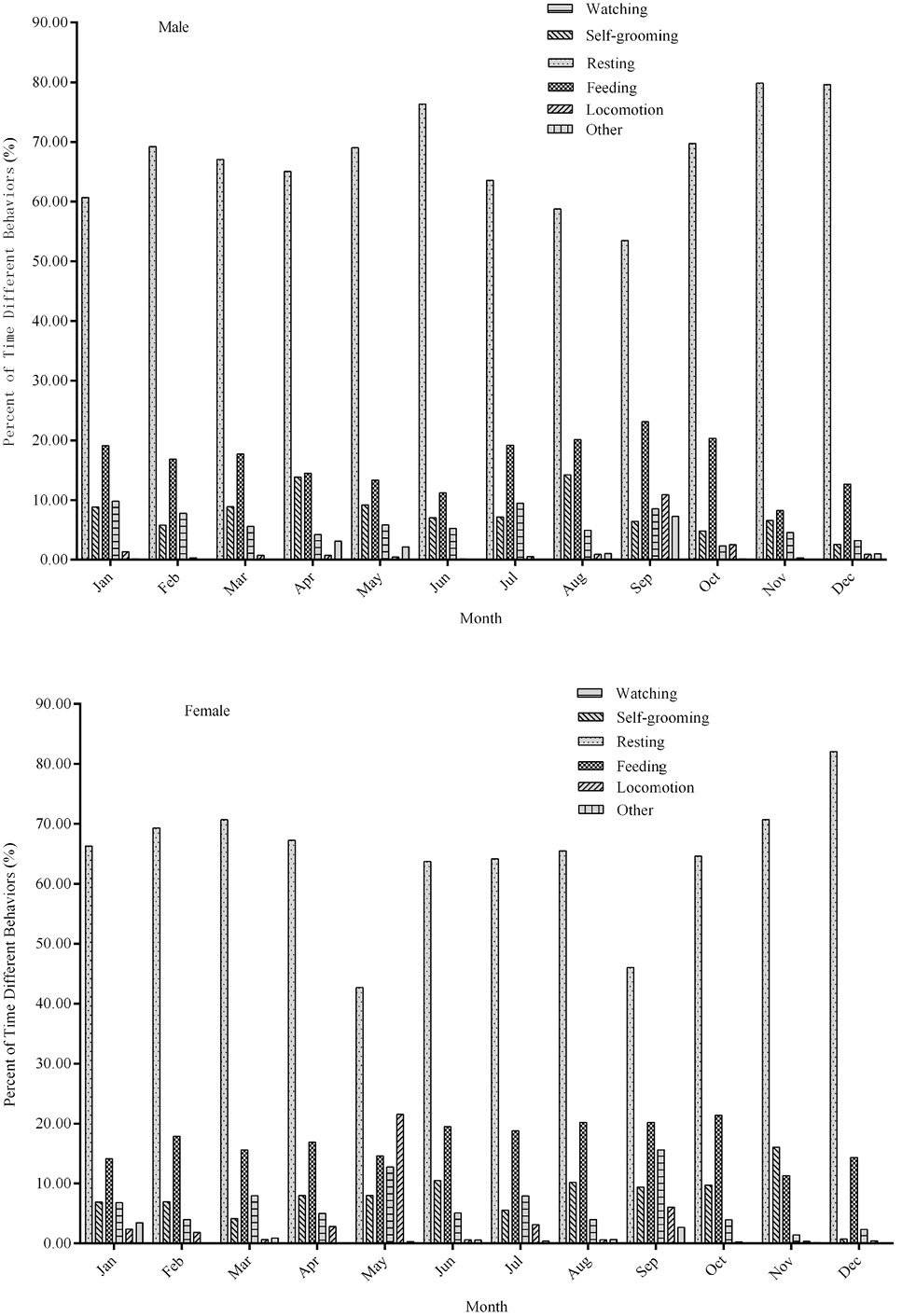 Comparison of monthly variation in nocturnal time budgets of different behaviors for the male and female animals during one year. Note: Z = Wilcoxon signed ranks test. 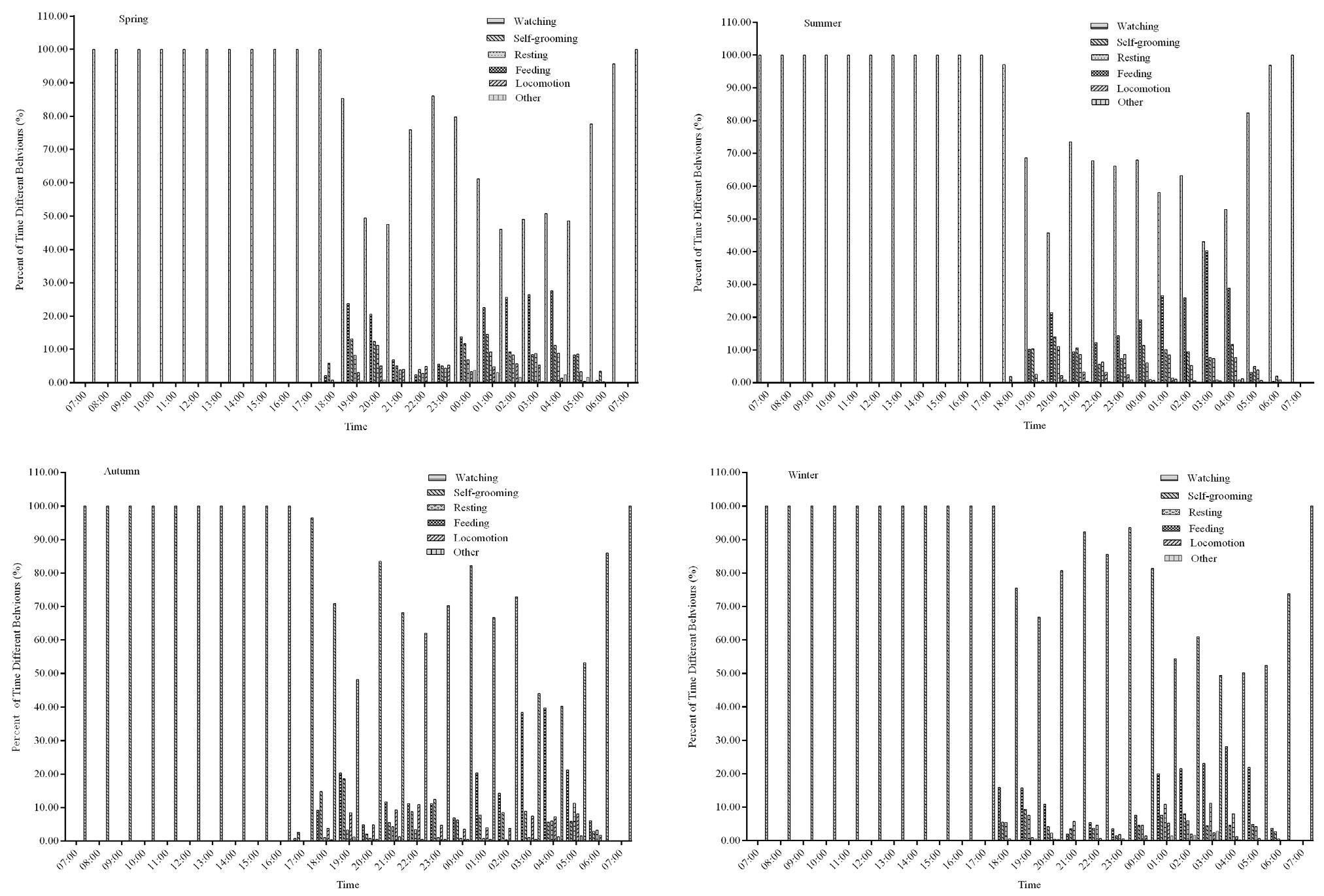 Diel time budgets of different behaviors for T. xanthipes among different seasons. Data for the sexes were pooled. Spring, March to May; Summe, June to August; Autumn, September to November; Winter, December to February.