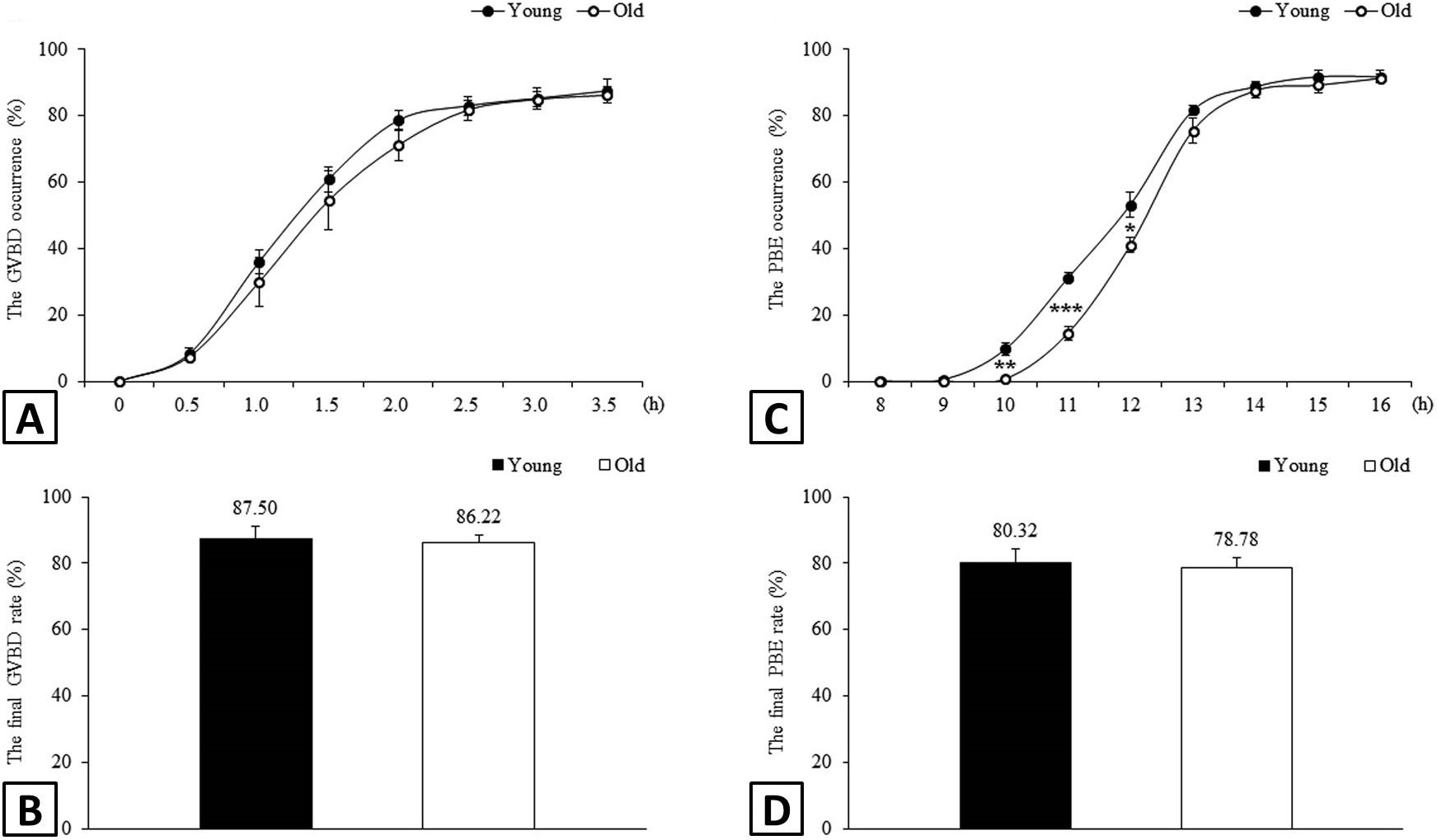 Kinetics of PN formation in PA embryos. Shown were the temporal trends of PN formation (A) and the percentages of activated oocytes, 2-cell embryos and blastocysts (B). Number of oocytes analysed in total: n = 193 in the young group; n = 183 in the aged group. 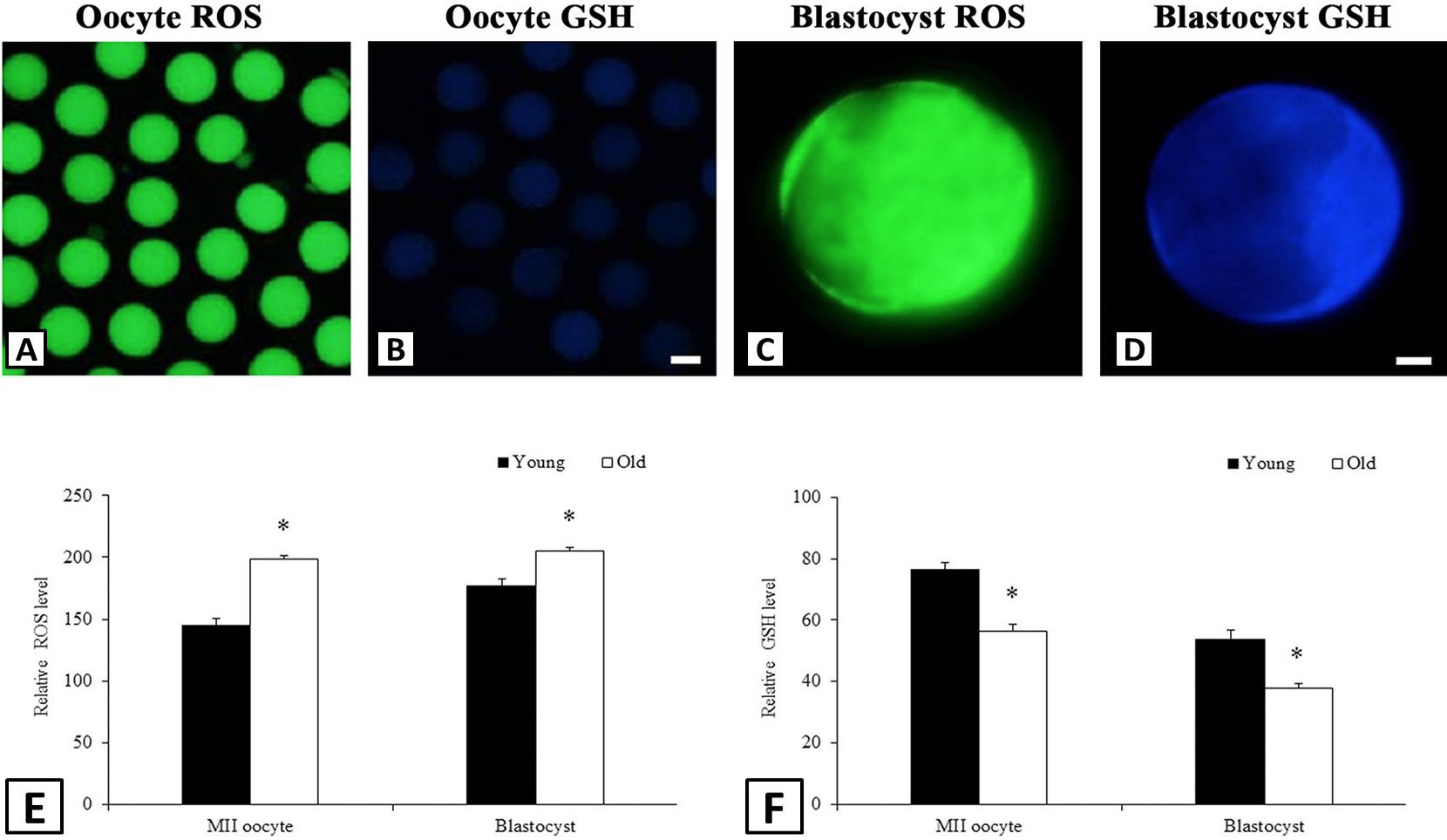 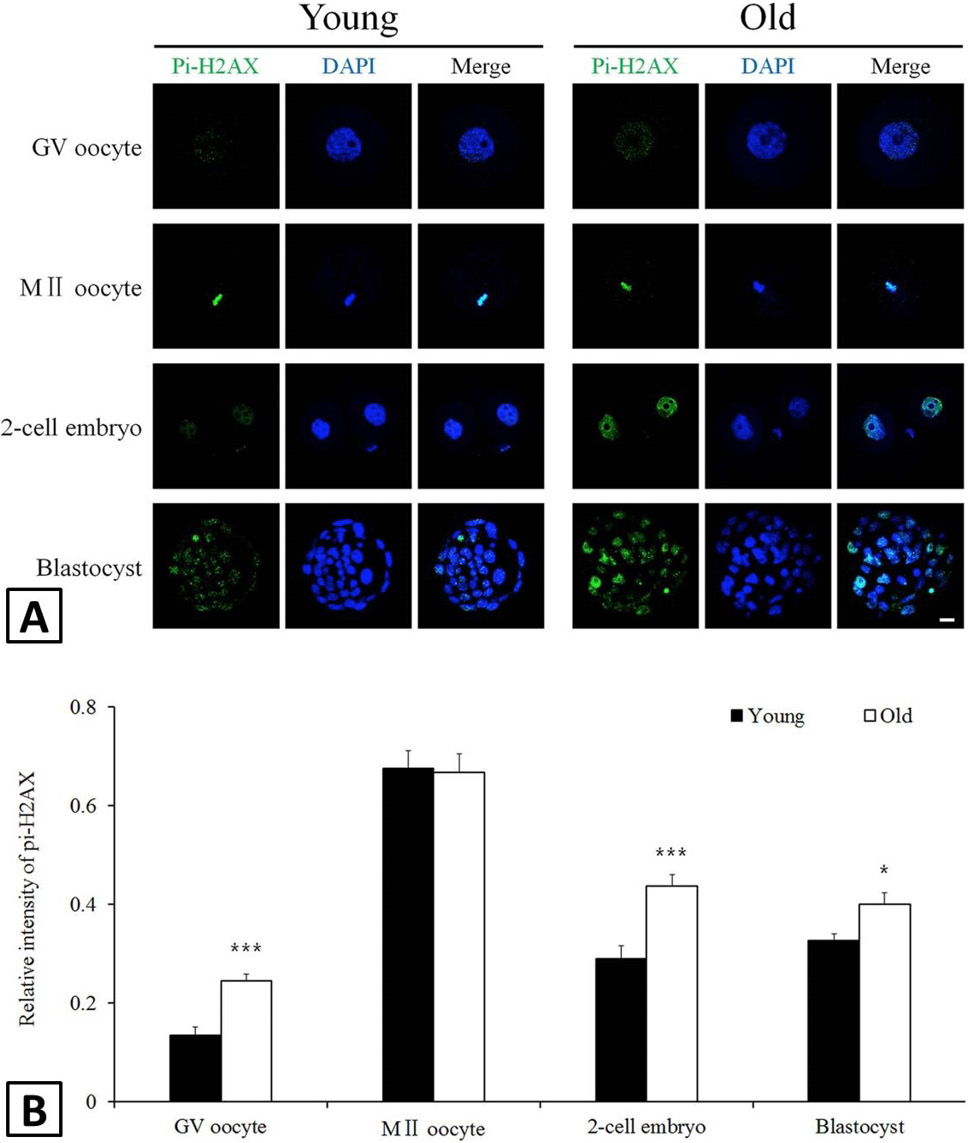