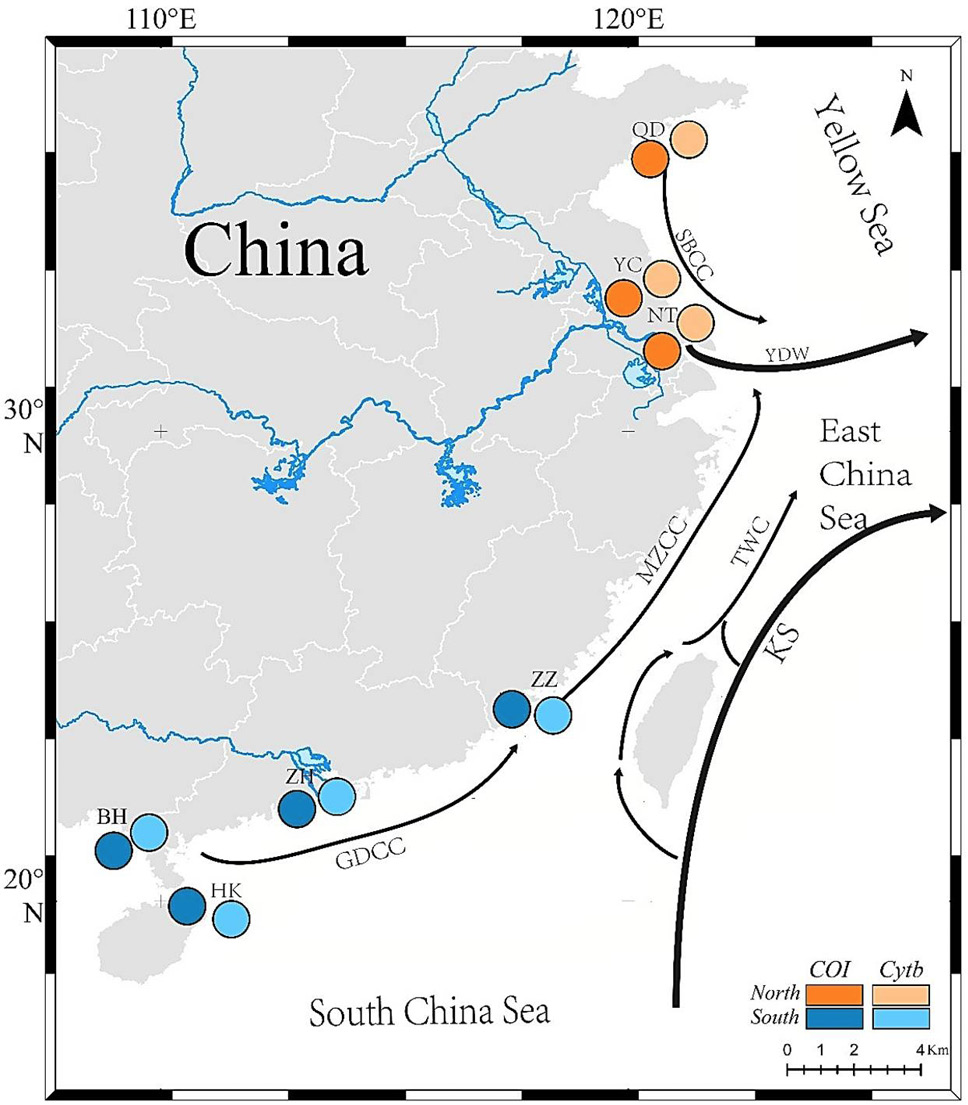 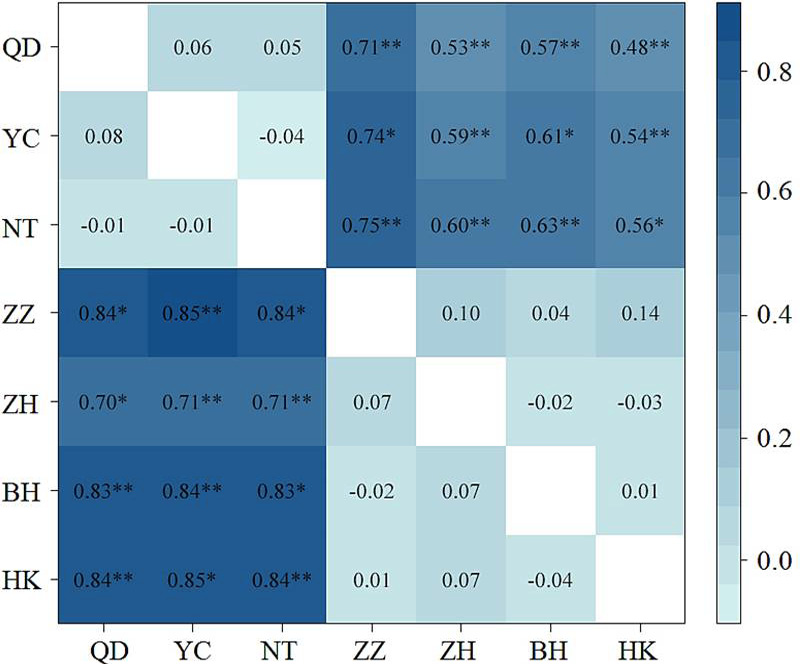 The haplotype networks of seven samples using the COI and Cytb genes. 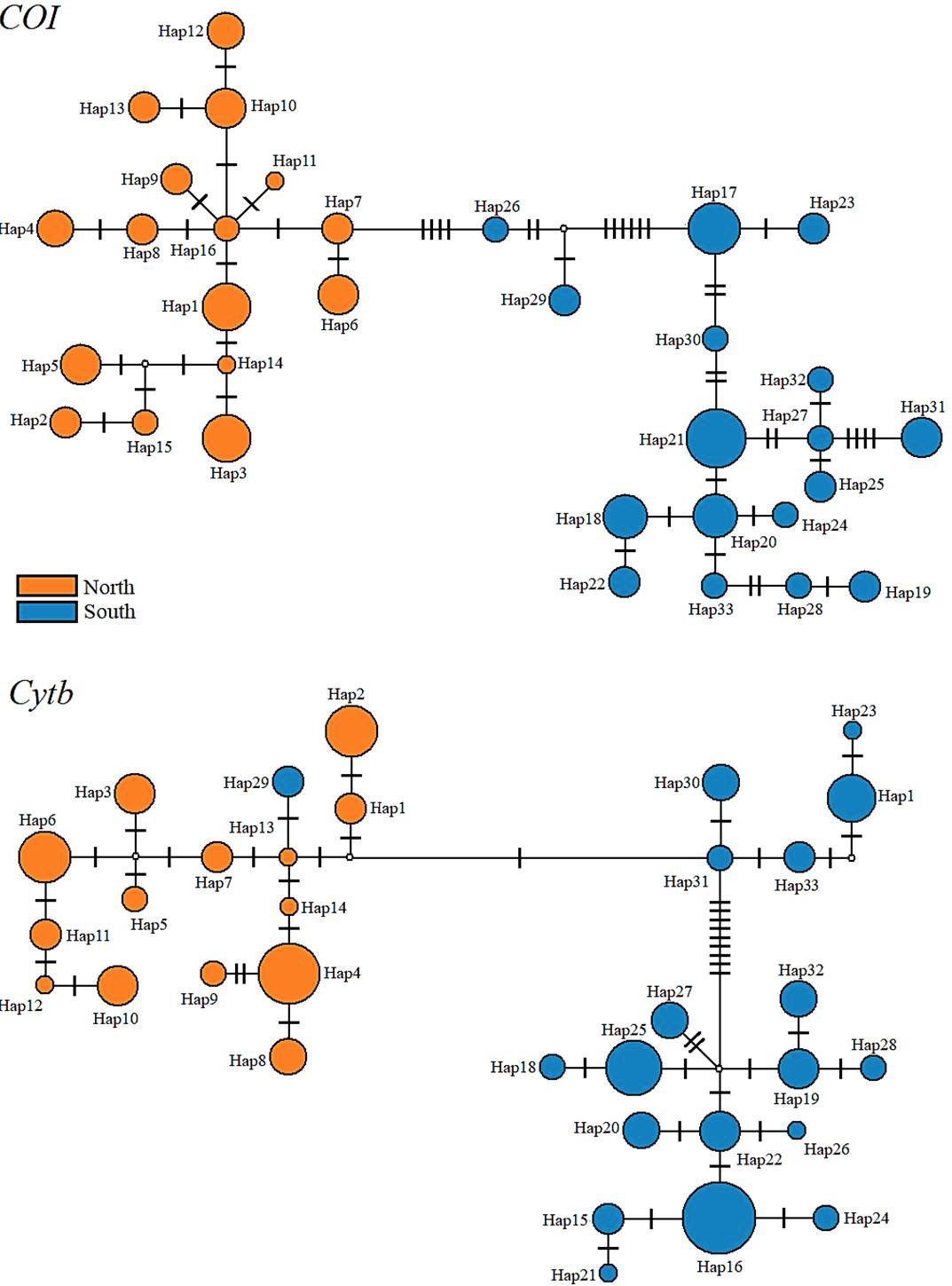 The UPGMA trees of seven samples using the COI and Cytb genes. 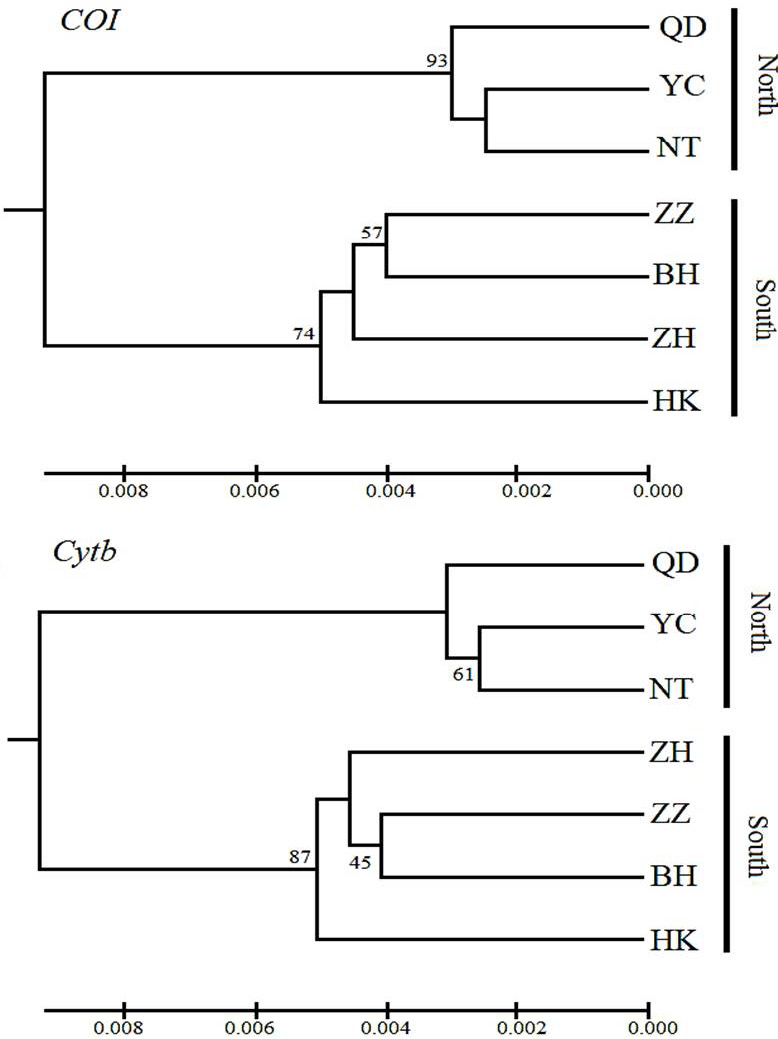 The heat map of pairwise FST values for seven samples, the above diagonal was Cytb gene, below was COI gene.

The Bayesian trees of haplotypes using COI and Cytb genes. 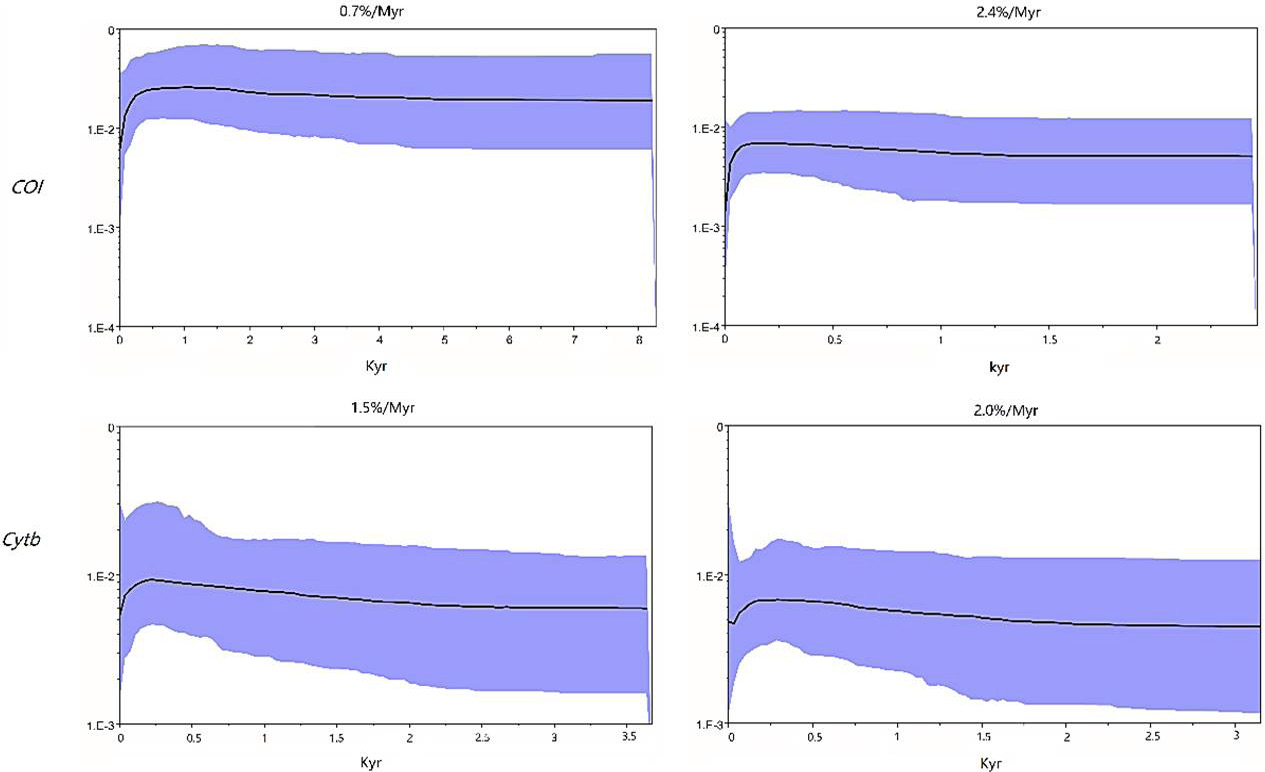