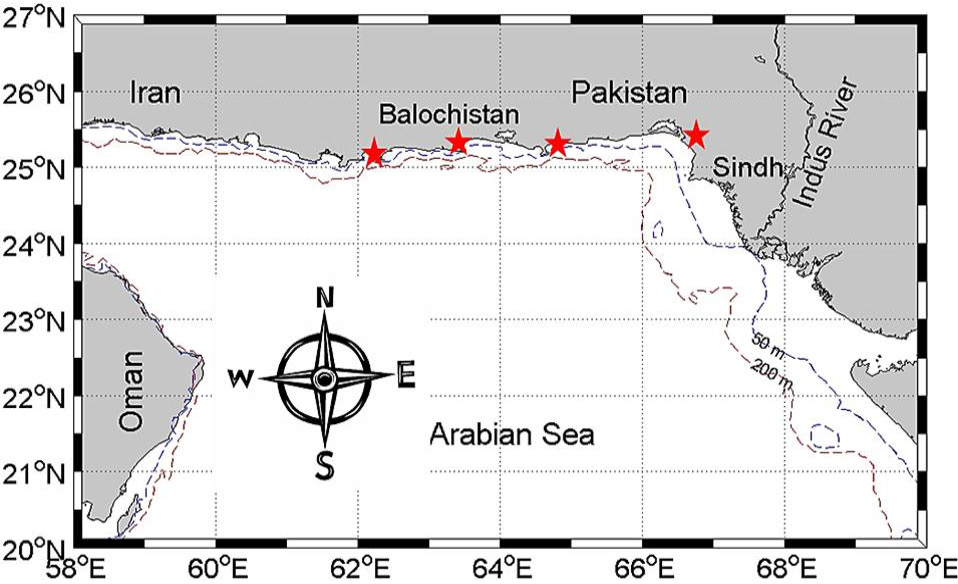 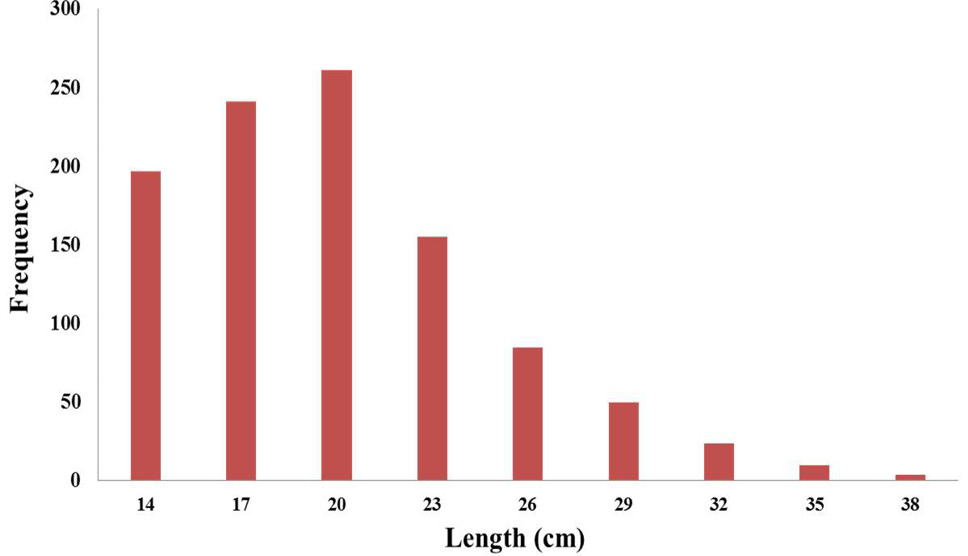 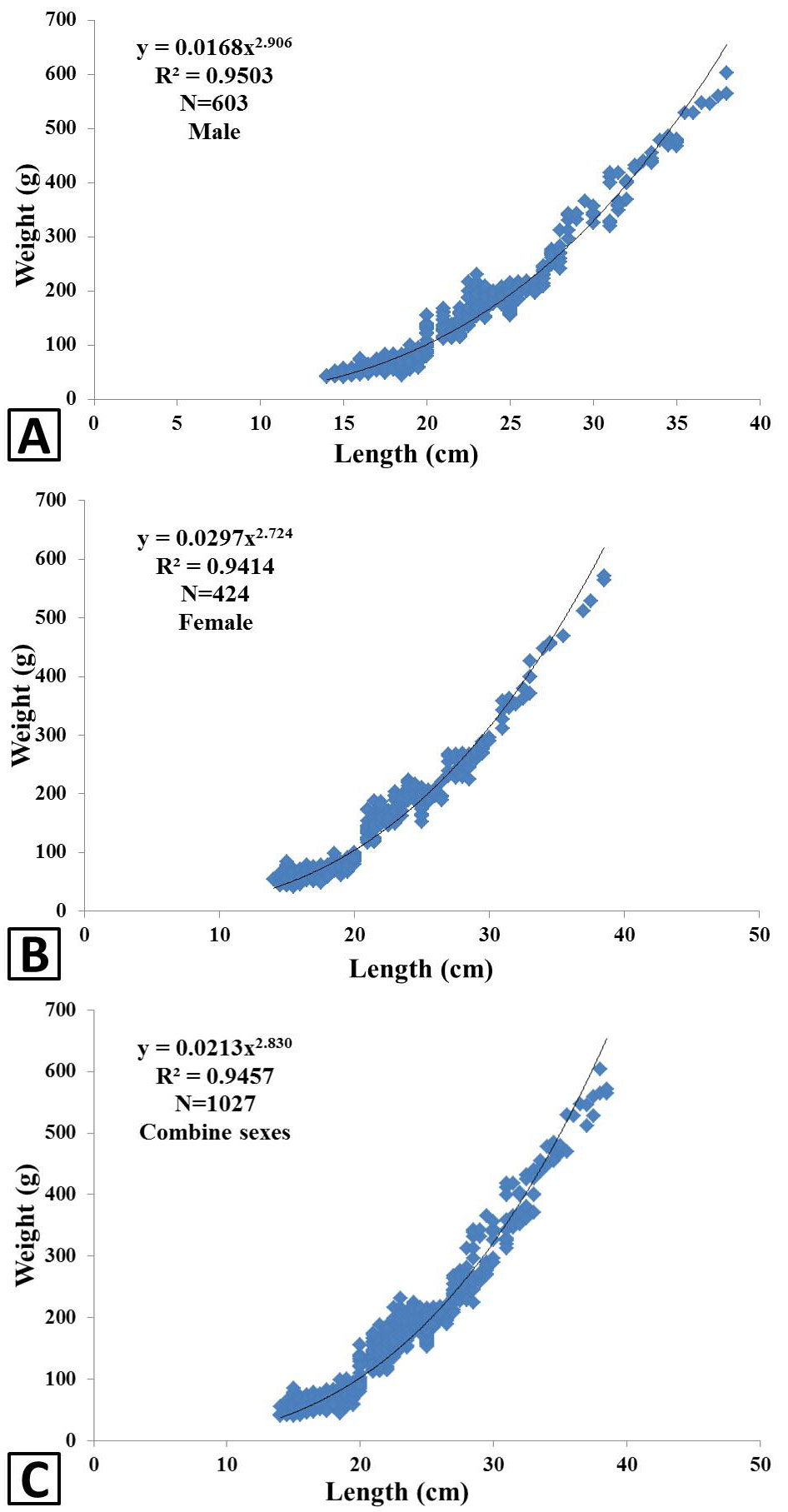 Length-weight relationship of male (A), female (B) and combined sexes (C) of A. djedaba (Male) from Balochistan coast, Pakistan. 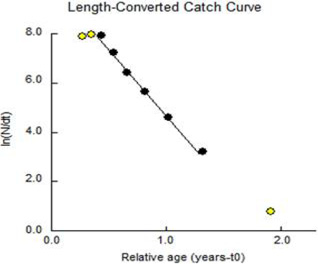 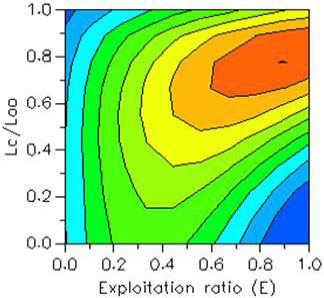 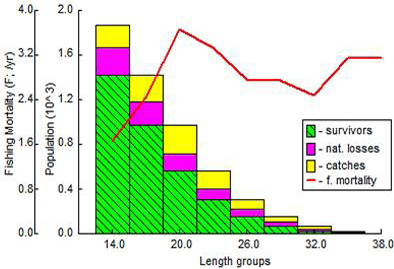 Virtual population analysis indicates fishing pressure in which fish species range in length from 14 to 38 cm.