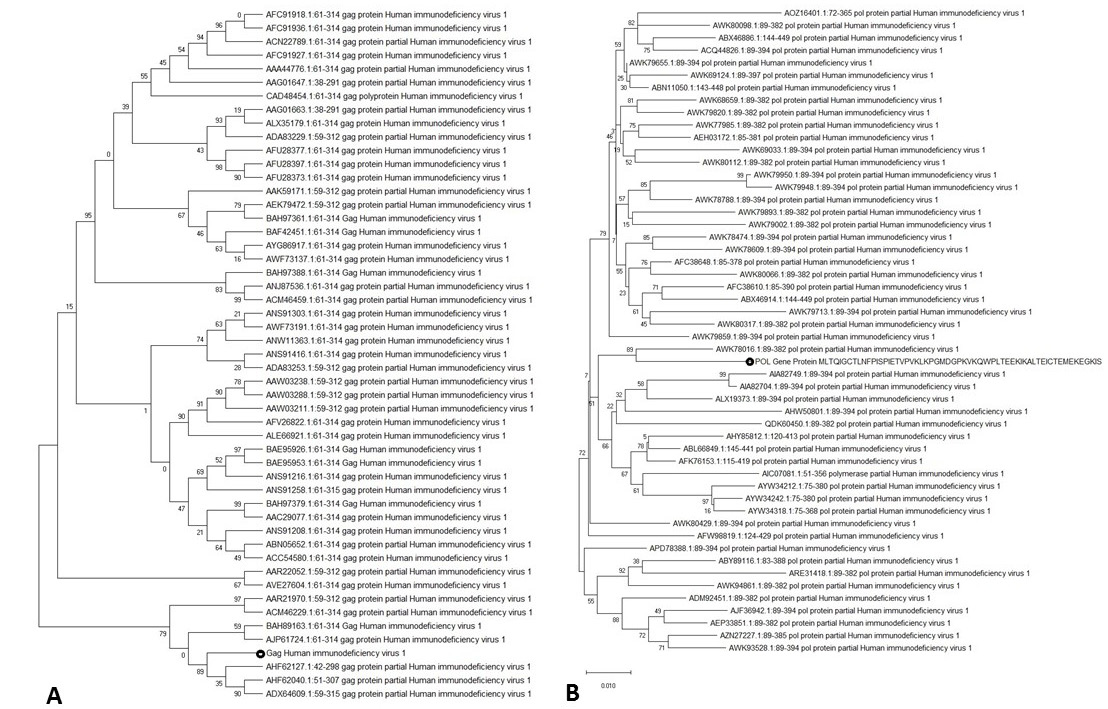 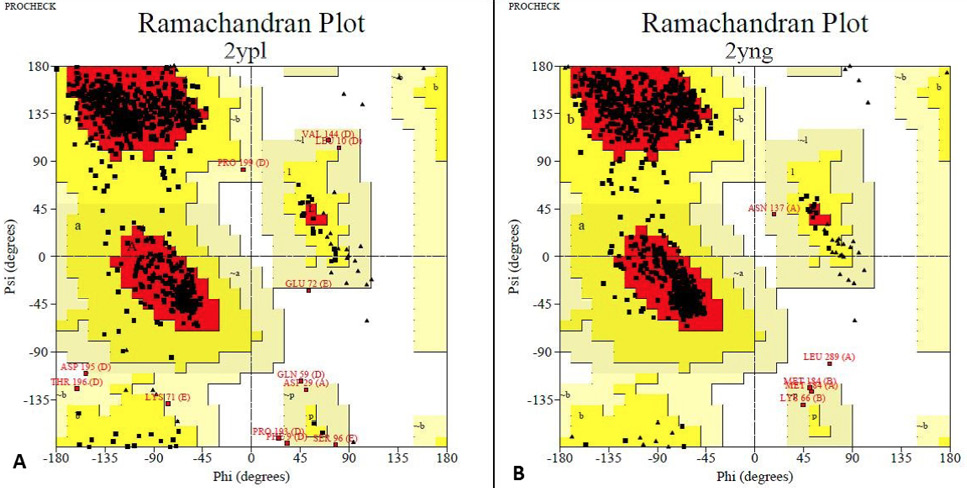 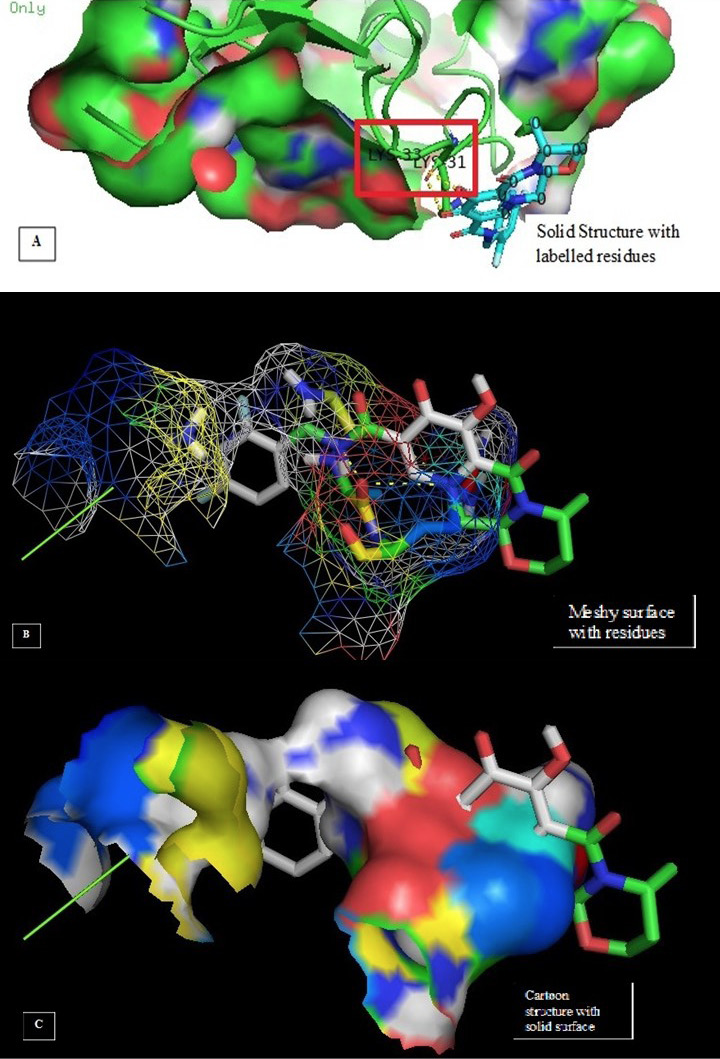 Molecular docking image analysis of Gag. The interactions are visualized between the protein and ligand of Dolutegravir for Gag protein. Dolutegravir is one of the core drugs used for treatment of HIV-1 targeting the Gag-Pol region. A shows the solid structure with residues; B represents the meshy surface and C represents the solid surface cartoon. 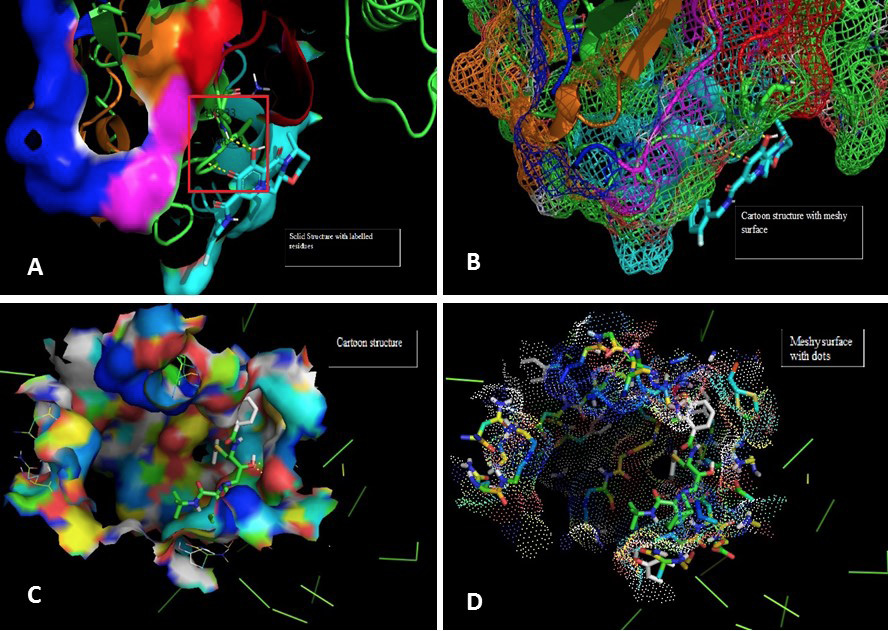 Molecular docking image analysis of Pol. The interactions are visualized between the protein and ligand of Dolutegravir with Pol protein. A shows the solid surface of the protein with residue labels Lysine and valine of amino acids. B represents the cartoon structure with meshy surface depicting the binding interaction of different residues of receptor with ligand atoms as shown. In figure C the cartoon structure and binding yellow lines show the hydrogen bonds. D demonstrates the meshy surface with dots.