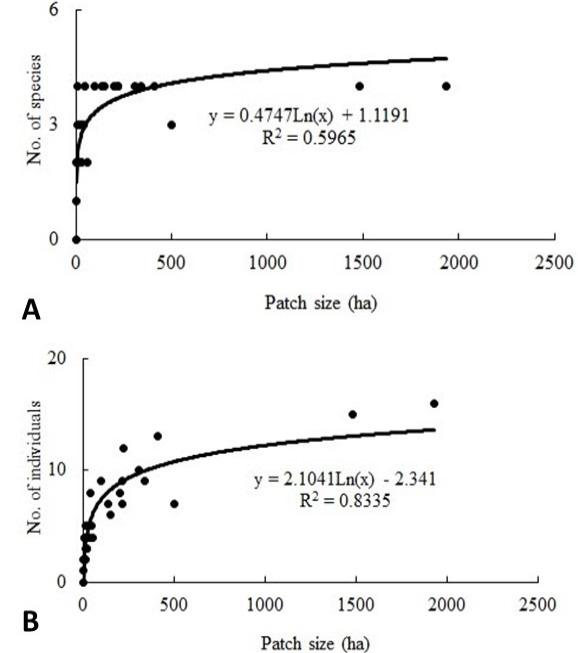 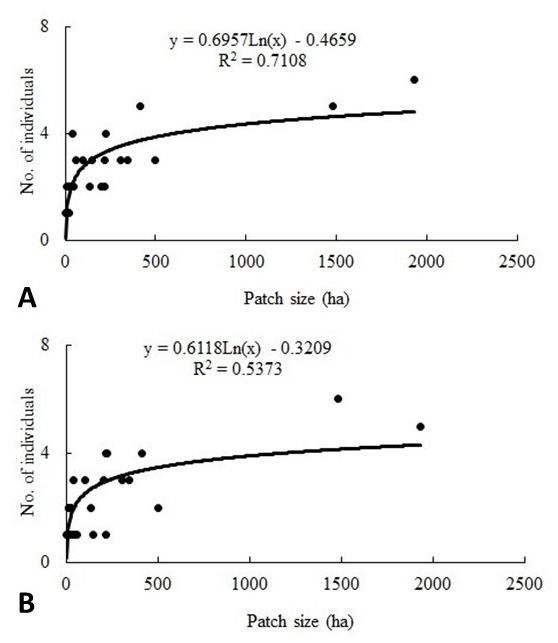 Relationship between the number of captured small rodents and patch size in the urban woods of Daejeon, Korea from May to June 2020; numbers were obtained with the simple regression analysis. (A) A. agrarius; (B) A. peninsulae.