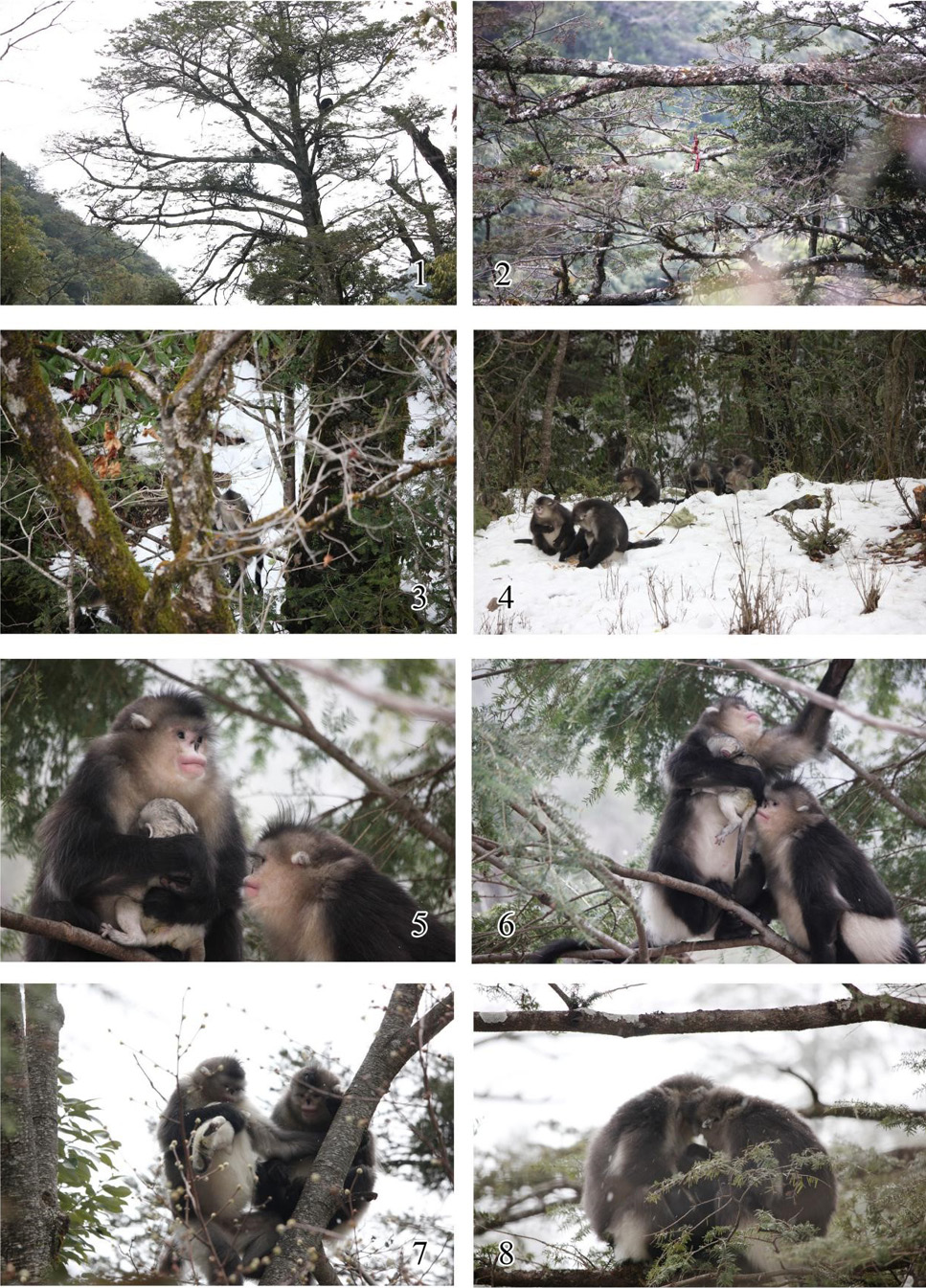 Postbirth behavior of Rhinopithecus bieti. (1) The birth tree. (2) The placenta, still on the branch where birth occurred. (3) XH embraced the infant and carried it to the ground. (4) LX eating for the first time after giving birth, one hour later. (5) XH nursing the infant. LX smelled her baby while it was in XH’s arms. (6) XH, still holding QJ, left LX. (7) XH kidnapped the infant from ML, who had been grooming it. The infant’s umbilical cord is barely visible. (8) CH grooming the infant. 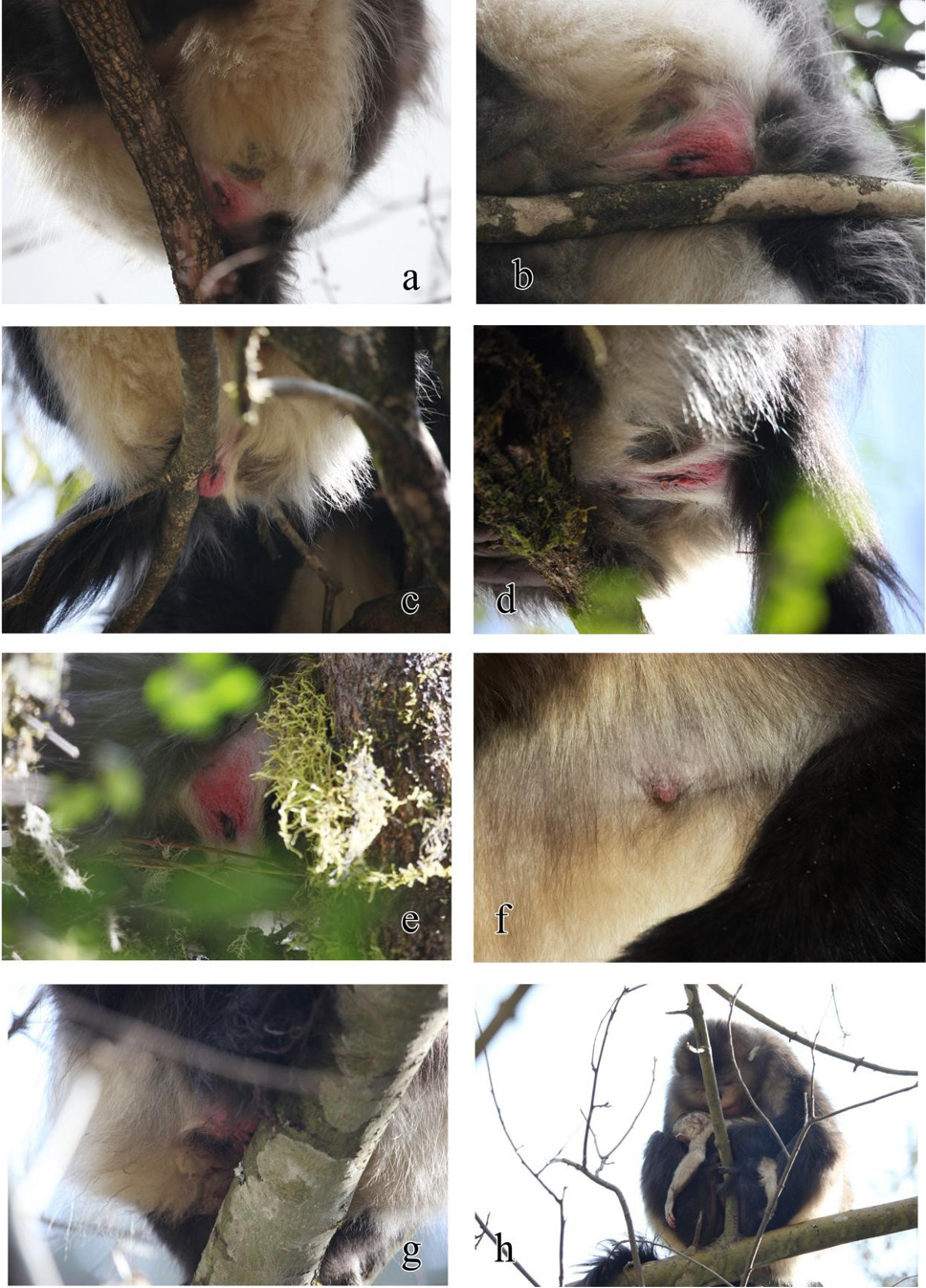