Number of cotton plants (out of 15 plants) infested with oviposition and number of eggs of E. vittella on the infested plants recorded on weekly basis from July-Oct during 2011 and 2012. 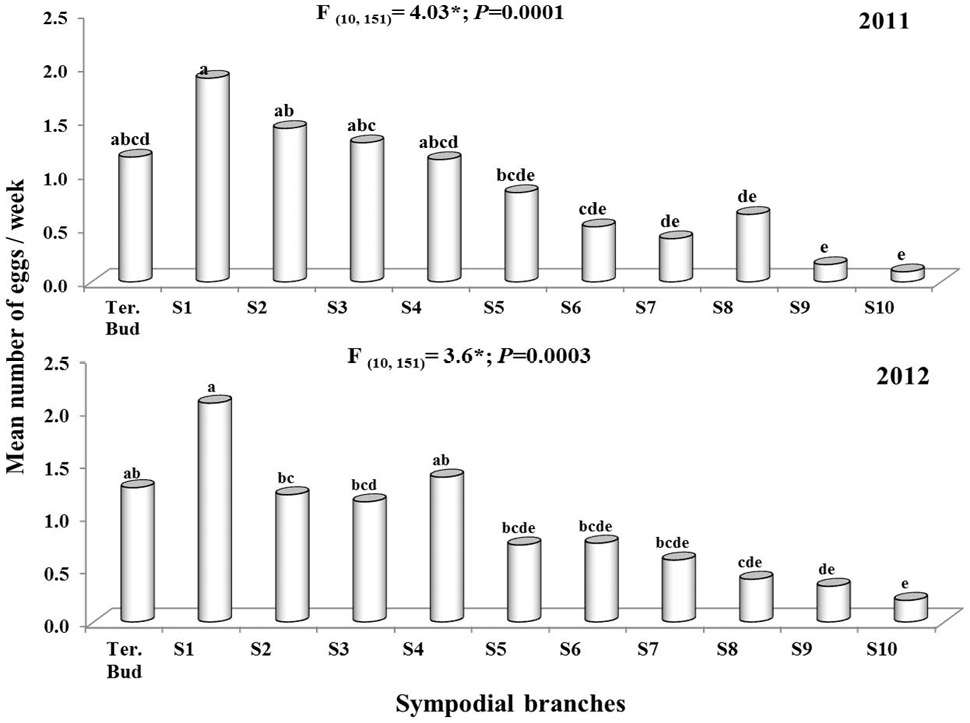 Distribution of E. vittella eggs recorded weekly on the sympodial branches (S. Br) starting from terminal bud (Ter. Bud) to vertically downward on the main stem during 2011 and 2012. No letters in common show significant difference in number of eggs found among S. Br in the whole season. 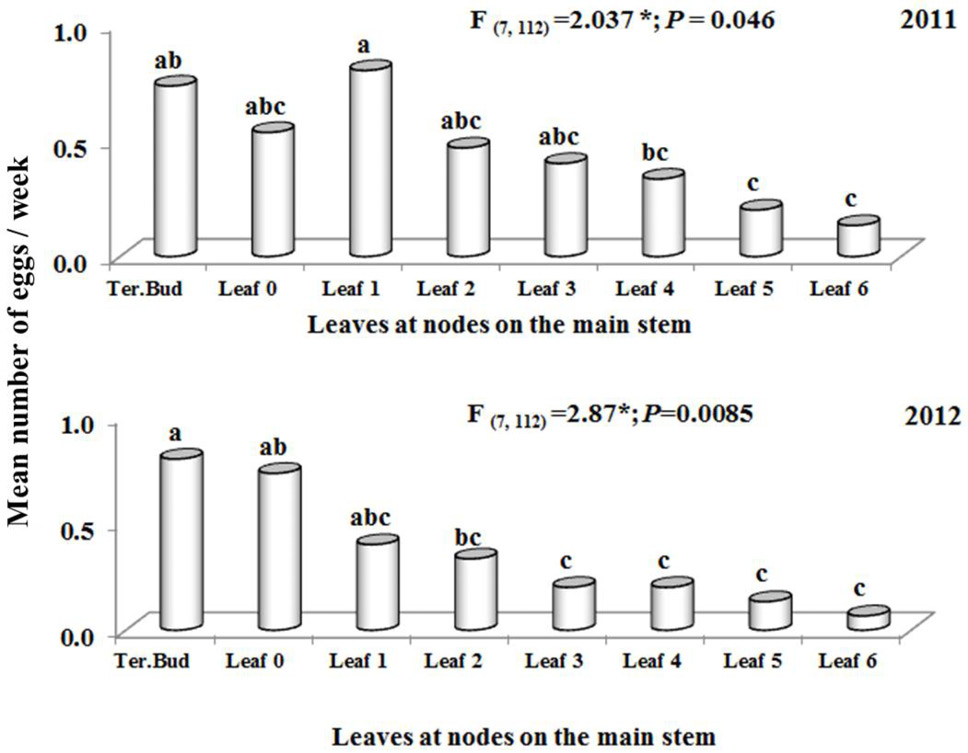 Number of eggs on various structures of cotton plants during 2011 and 2012. Different letters on the respective blank columns or shaded column show significant difference among the plant structures during that respective year.