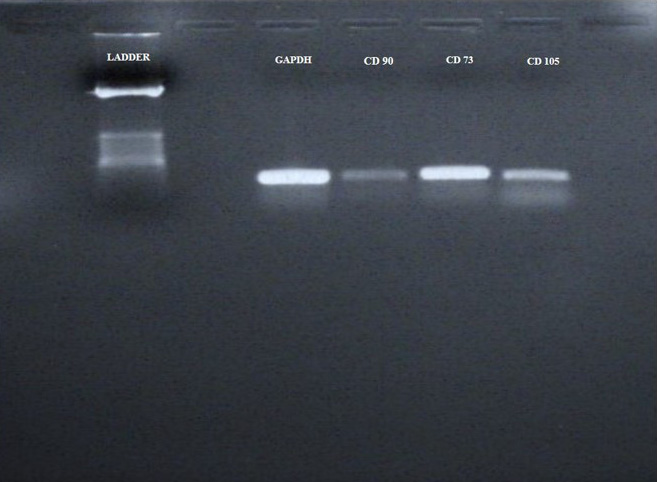 WJMSCS were characterized by conventional PCR gel Electrophoresis Method Expression of CD 90, CD105, CD73 was analyzed. GAPDH gene was used as internal standard. All these markers (CD 90, CD105, CD73) were detected positive for the WJMSCs. 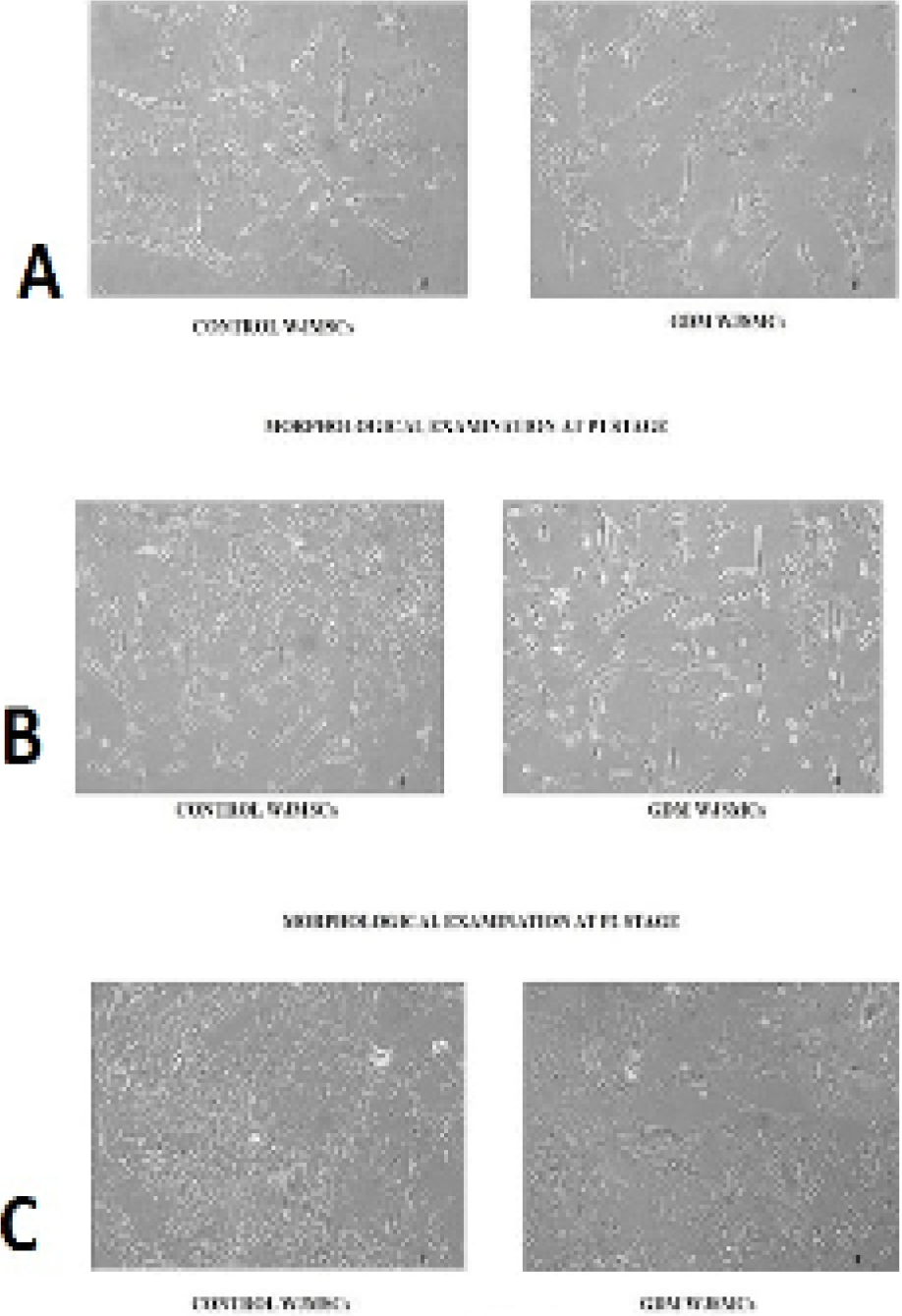 Morphological examination of control and GDM WJMSCs at P0, P1, P2 (passage 0, 1, 2) stage and magnification power, under inverted microscope (Floid Cell Imaging System). WJMSCs of both groups were analyzed under inverted microscope at different passaging stages (P0, P1, P2) at 10x magnification power. At P0 stage WJMSCs showed large spindle shaped morphology compared to control WJMSCs (A). At P1 stage GDM WJMSCs appeared as flattened as well as spindle shaped as compared to control (B). While at P2 there was no difference seen in morphology of WJMSCs in both groups showed normal spindle shaped morphology (C). 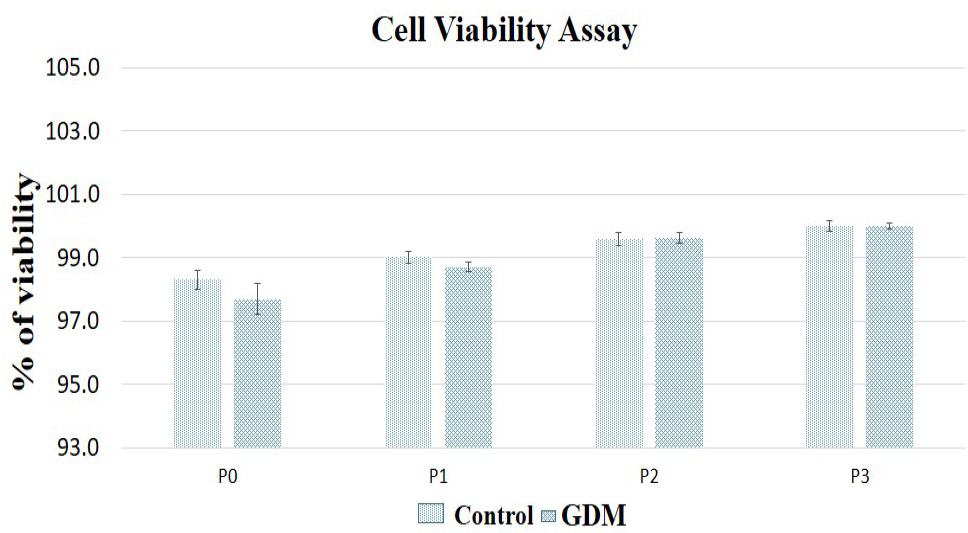 Trypan blue exclusion assay was used to evaluate the viability of GDM- WJMSCs as compared to NWMSCs. Cells of both groups were stained with trypan blue and in both groups viable cells were seen. The percentage of viability significantly increased with each passing of cells in both groups. Whereas no statically significant difference was observed between two groups. 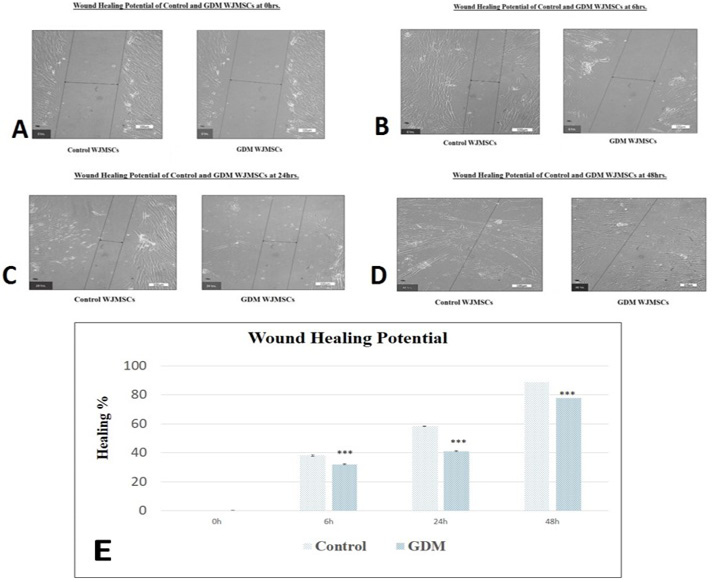