(A) Bovine skeletal muscle satellite cells (bSMSCs) cultured in vitro; primitive bSMSCs were rounded and had strong refraction; (B) The fast-adhered cells were fibroblasts and the bSMSCs were round and suspended; (C) Two days later, the bSMSCs were spindles and proliferating rapidly; (D, E, F) After two cell passages and differential adhesion, the cells were confluent and became homogeneous in their appearance. 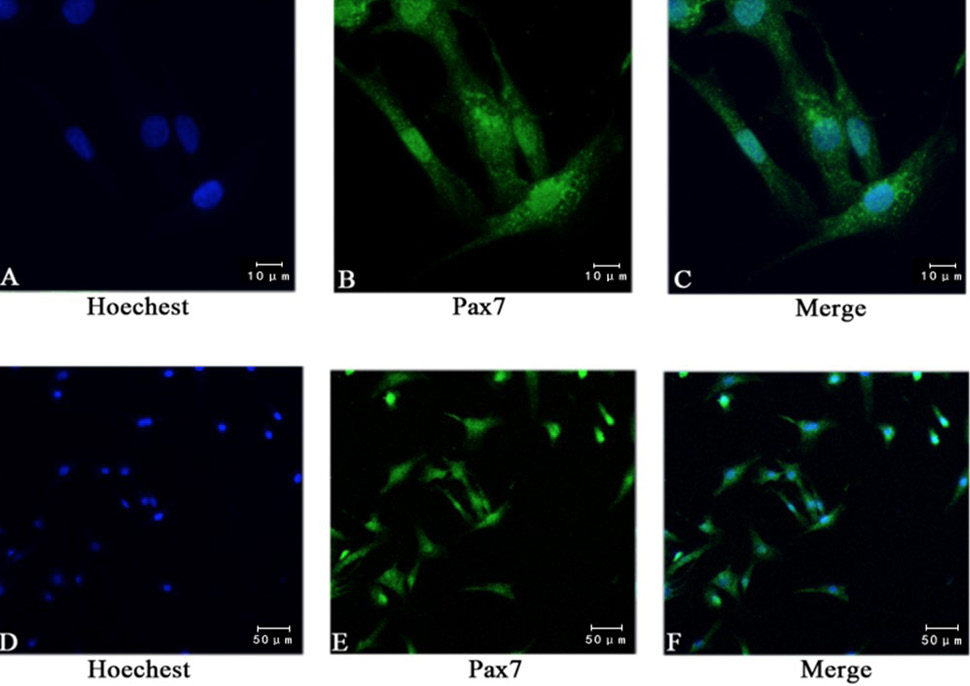 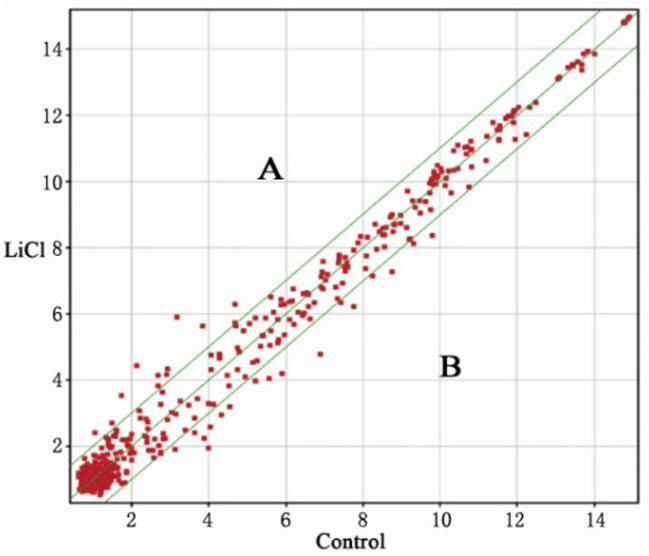 The spot falling on graph y=x line (the median line on the graph) represents the probe point signal values differences in the two chips (fold change=1). Graph points fall on both sides of the bit line, which is outside the 45° line, representing the difference between the value of the probe signal point in the two chips (fold change >2). An area: 2x increased microRNAs (miRNAs); B area: 2x decreased miRNAs.