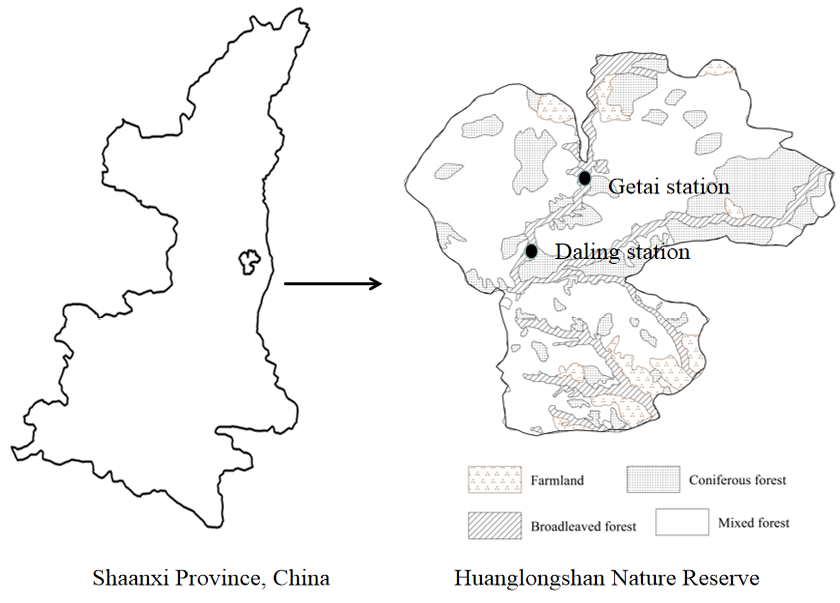 Location and vegetation of Huanglongshan Nature Reserve (Yanan City, Shaanxi Province, China) and the position of protection stations used in the study area.