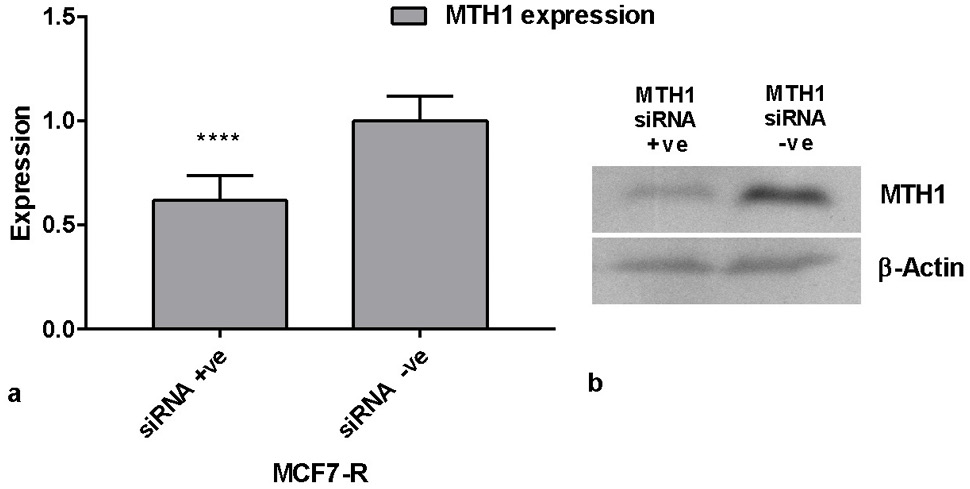 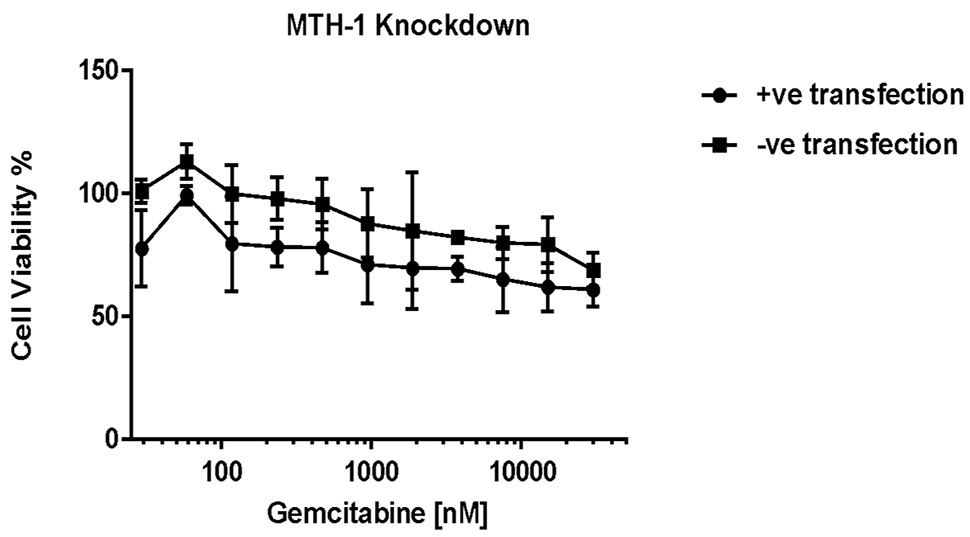 MTH1 gene silencing in MCF7-R cells and subsequent treatment with 3µM gemcitabine concentration for 72-h led to apoptosis and remarkably high expression of the p21 protein in the transfected sample. The expression of β-actin was used as an experimental control.