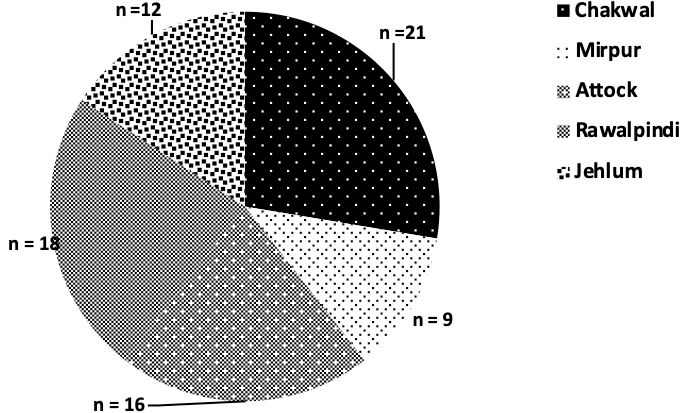 Records of local hunters in the five districts of the study area, involved in illegal trapping/killing of Indian pangolin (n is the numbers of hunters). 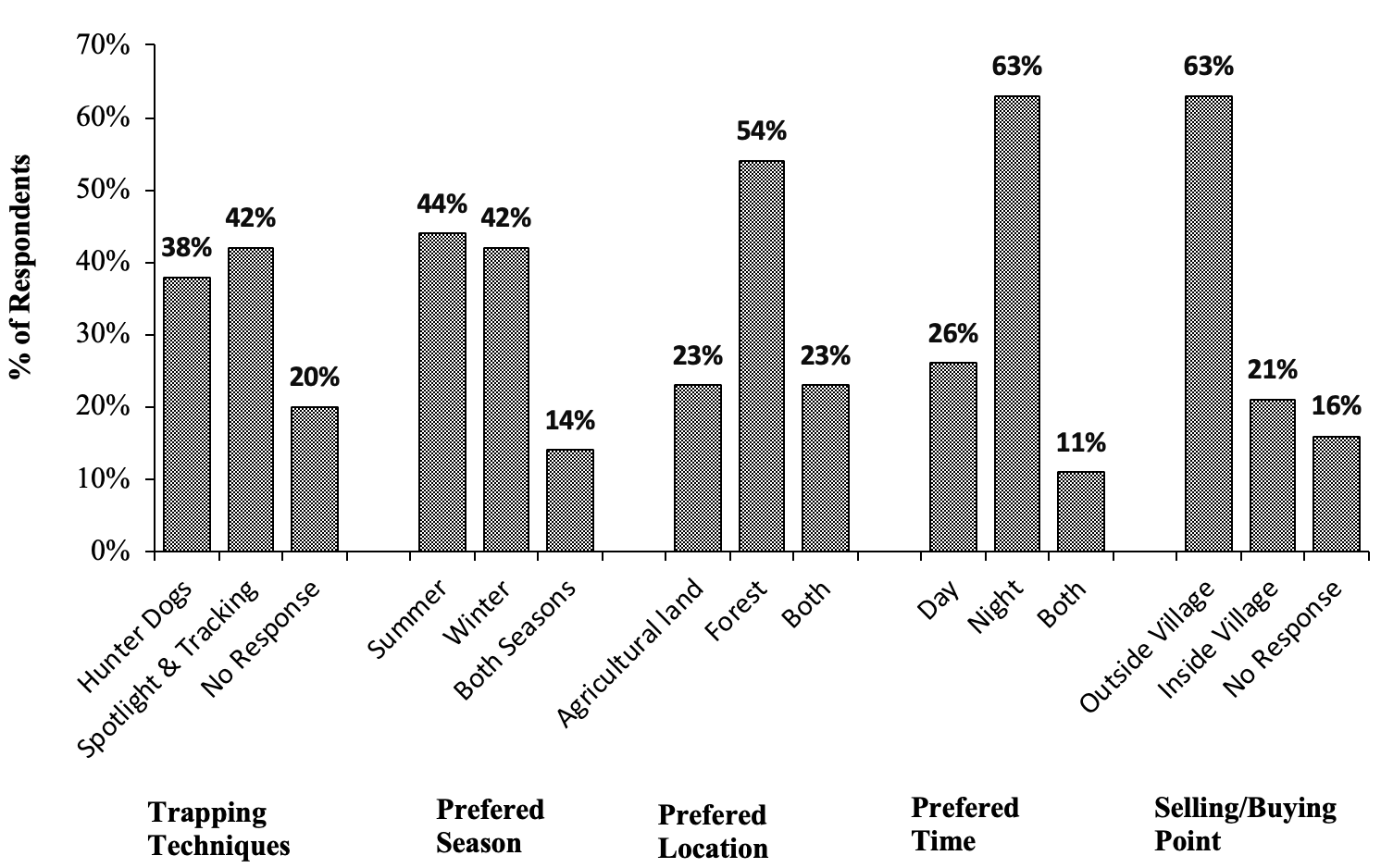 Trapping technique, hunting season, habitat type, hunting time, and location of illegal killing of Indian pangolin in the study area (total numbers of respondents in each district were n =50). 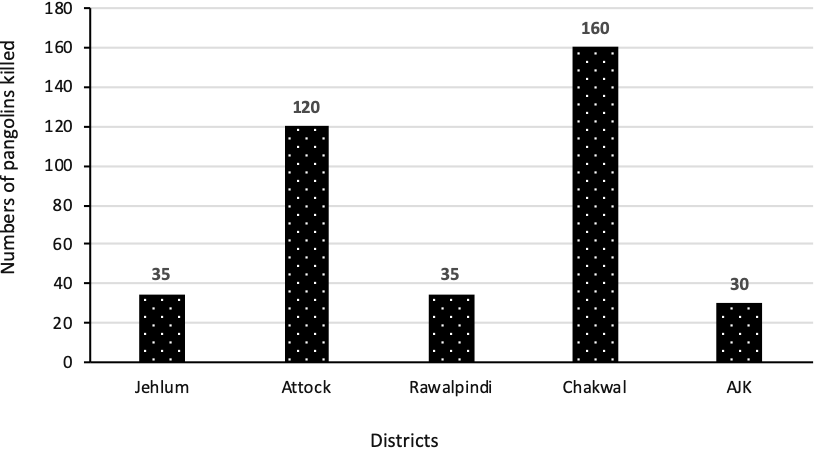 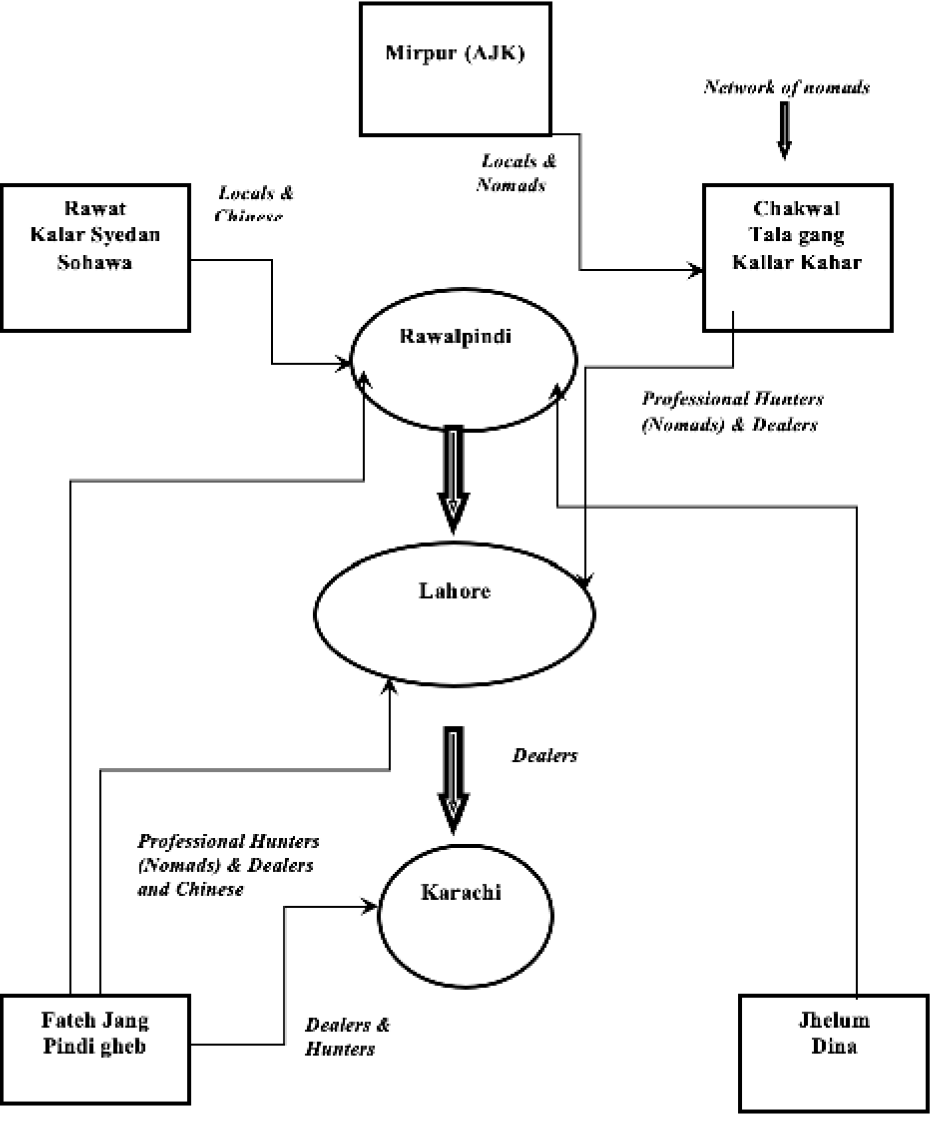 An Indian Pangolin (Manis crassicaudata) and its scales that were recovered from Lahore during the market survey in the year 2018.