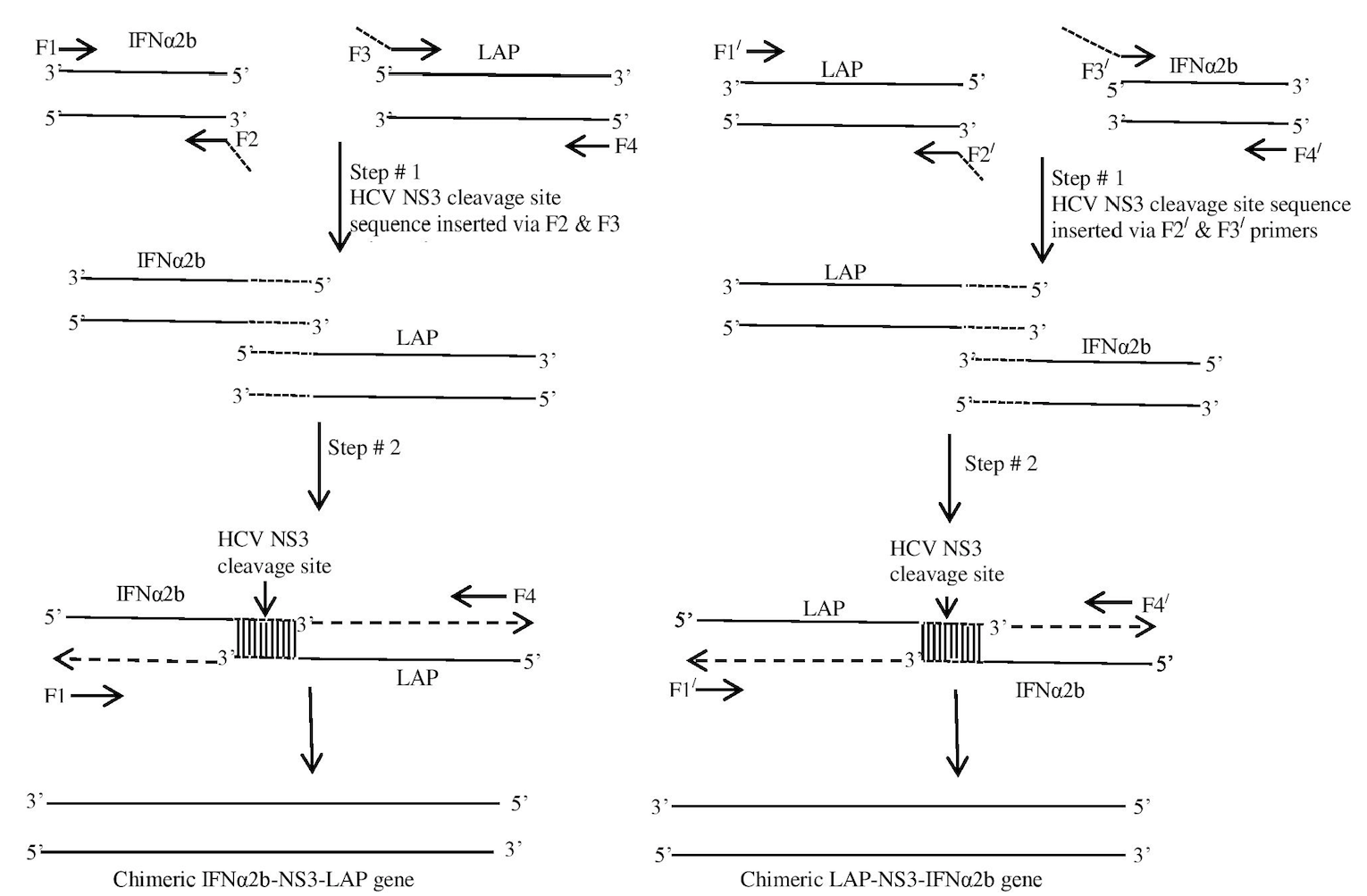 Two step overlap extension PCR for construction of chimeric gene products (IFNα2b-NS3-LAP and LAP-NS3-IFNα2b). F2, F3 and F2/, F3/ were chimeric primers that introduced the overhangs of HCV NS3 protease cleavage site sequence when used with non-chimeric primers F1, F1/ and F4, F4/ in step # 1 of SOE-PCR. Overhangs introduced overlapping regions that act as primer in initial 10 cycles of second step of PCR. First 10 cycles of step # 2 were performed without addition of any primer and strands were extended from 3’ ends of the overlapping region. In the later 30 cycles, non-chimeric primers F1/F4 and F1//F4/ were added in reaction vial to amplify the full length chimeric gene products. 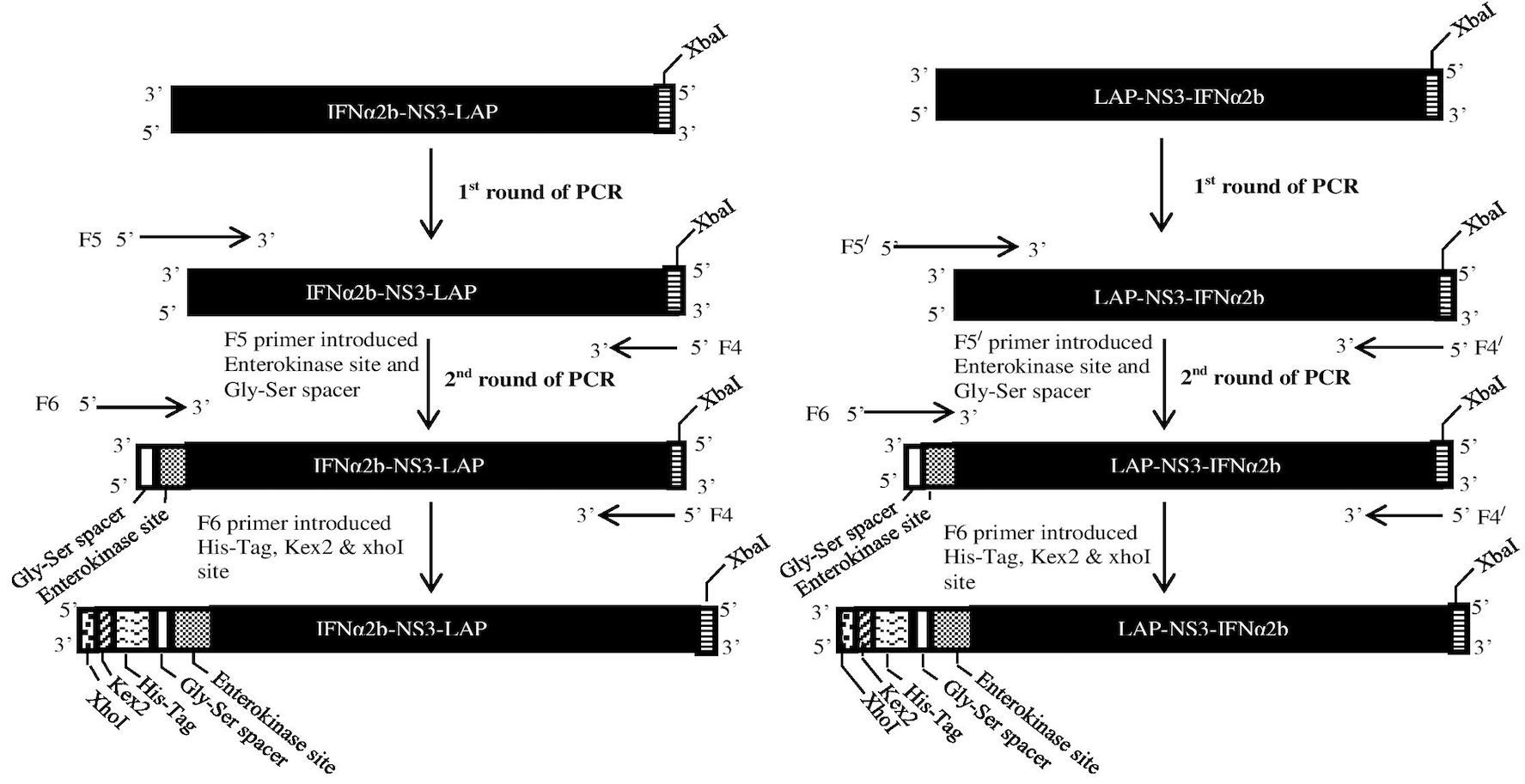 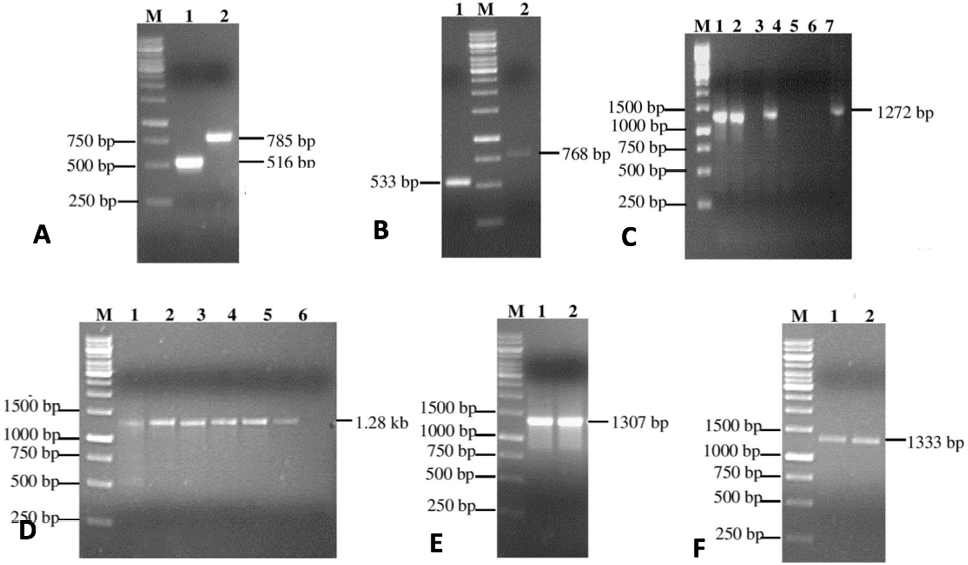