Zijuan Li and Rong Ma contributed equally to this work. 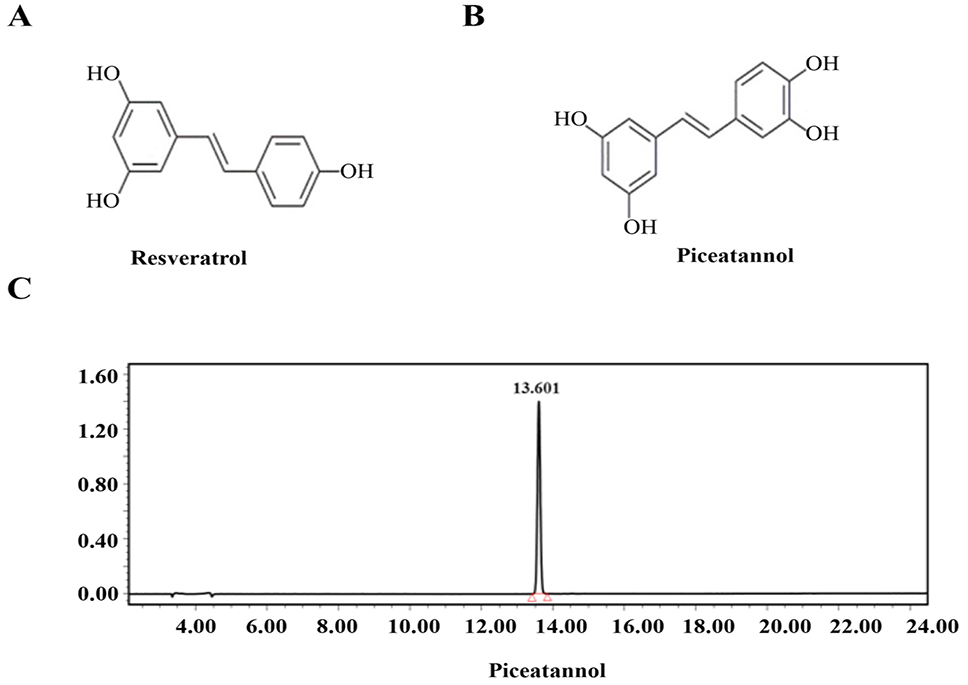 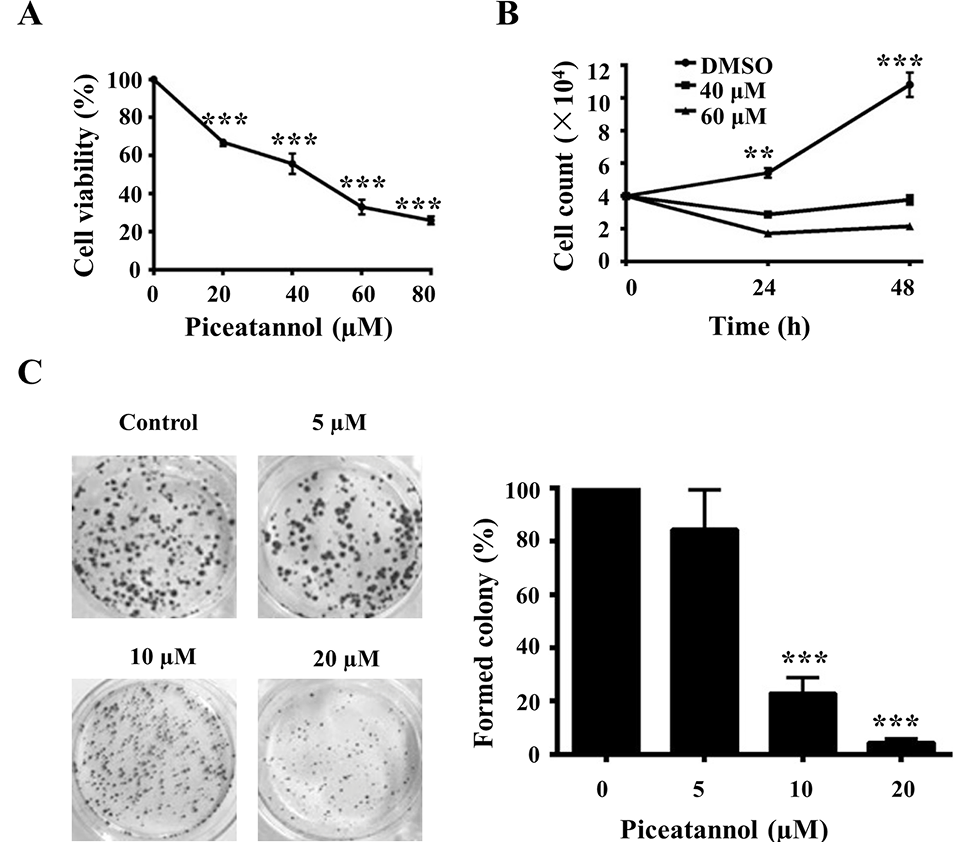 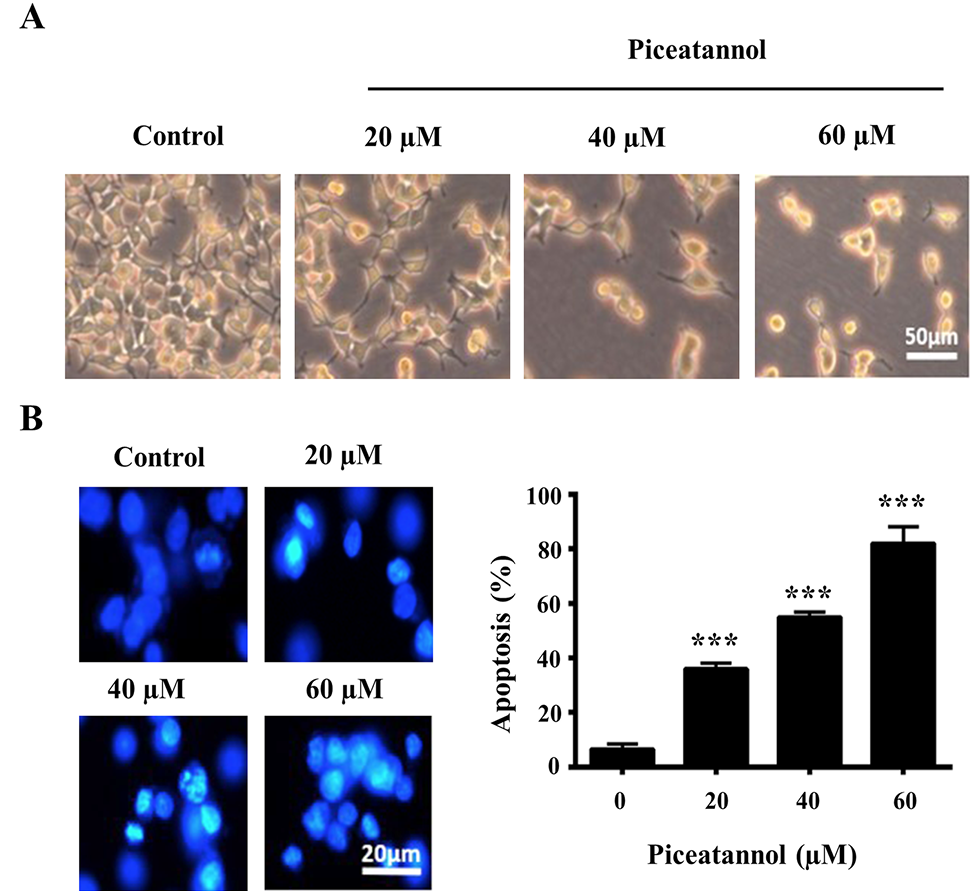 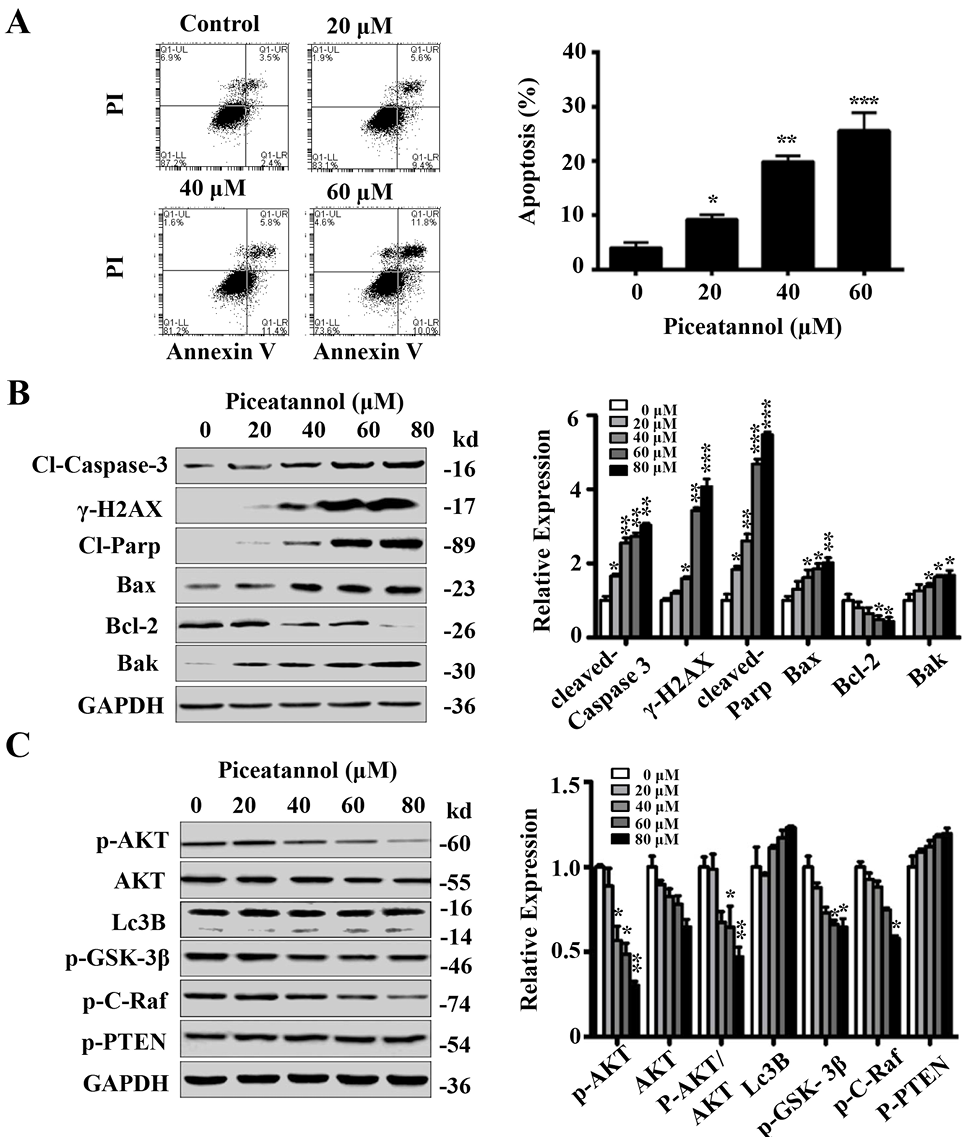 Piceatannol effectively induces apoptosis and suppresses PI3K/AKT pathway in U2OS cells. (A) Cells were stained with Annexin V/PI and apoptosis was determined by flow cytometry. (B) U2OS cells were treated with different concentrations of piceatannol for 24 h and expression of apoptosis regulating proteins was measured by Western blotting. (C) The inhibitory effect of piceatannol on PI3K/AKT pathway was assessed by Western blot. The bars in graph (B & C) represent the relative density of the bands normalized to GAPDH from three repeated experiments. 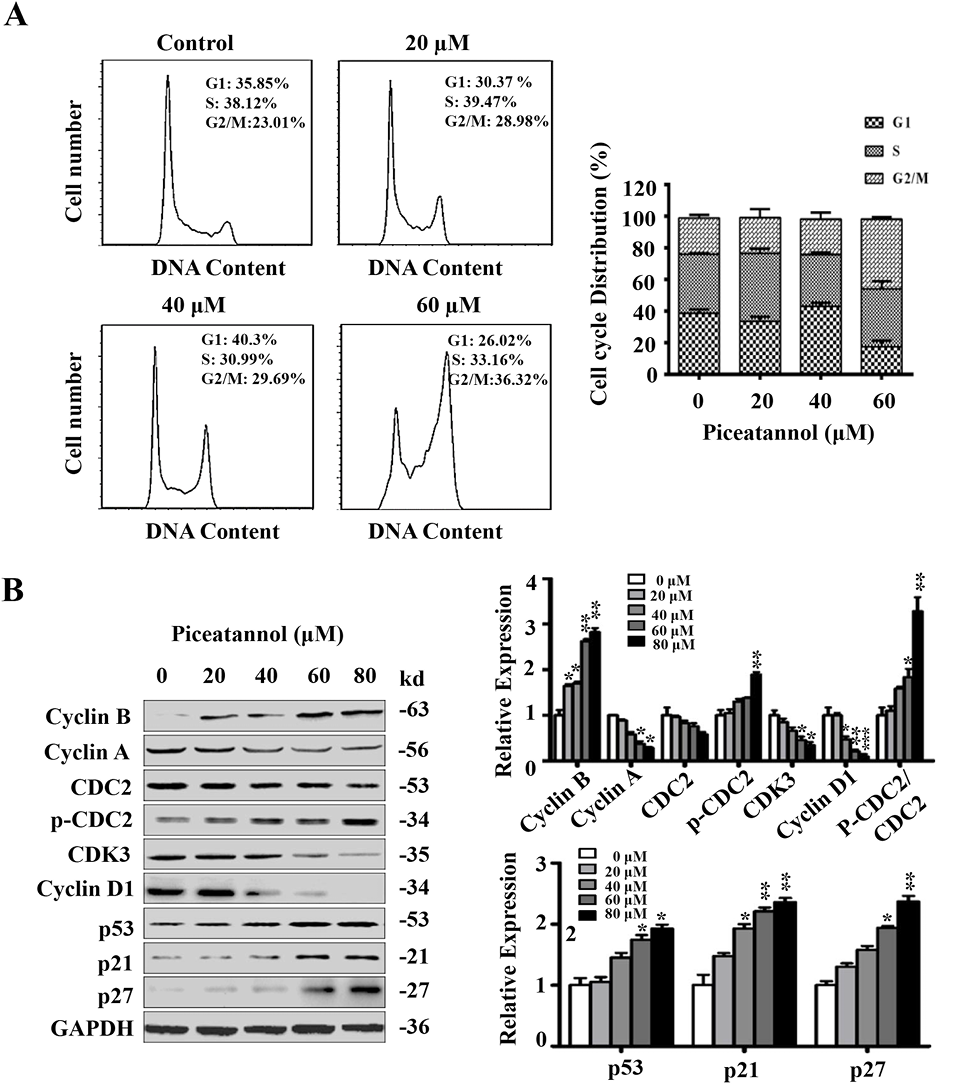 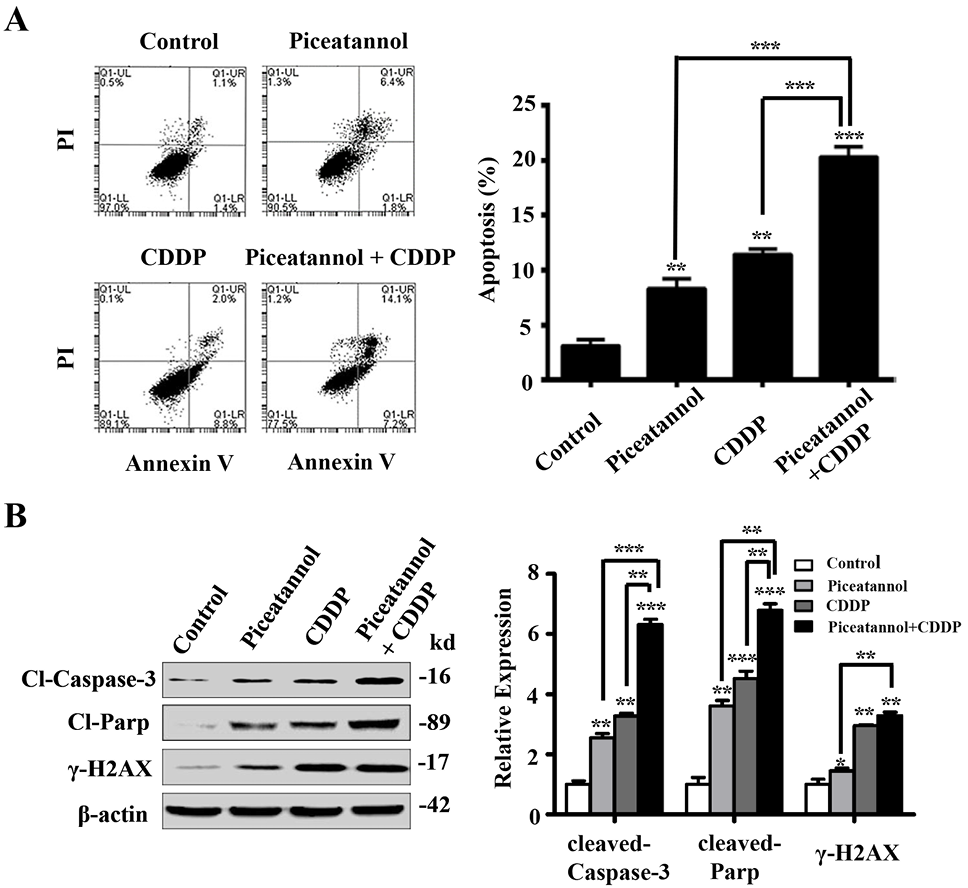 Combine treatment of piceatannol and CDDP induces apoptosis in U2OS cells with additive effect. (A) U2OS cell were treated with piceatannol (40μΜ), and CDDP (20μg/ml) either alone or in combination for 24 h. The apoptosis rates were measured by staining the cells with Annexin V/PI using flow cytometry. (B) The protein levels of cleaved-caspase-3, cleaved-PARP, and ɣH2AX were determined using Western blot in U2OS cell. The bars in graph represent the relative density of the bands normalized to β-actin from three repeated experiments.