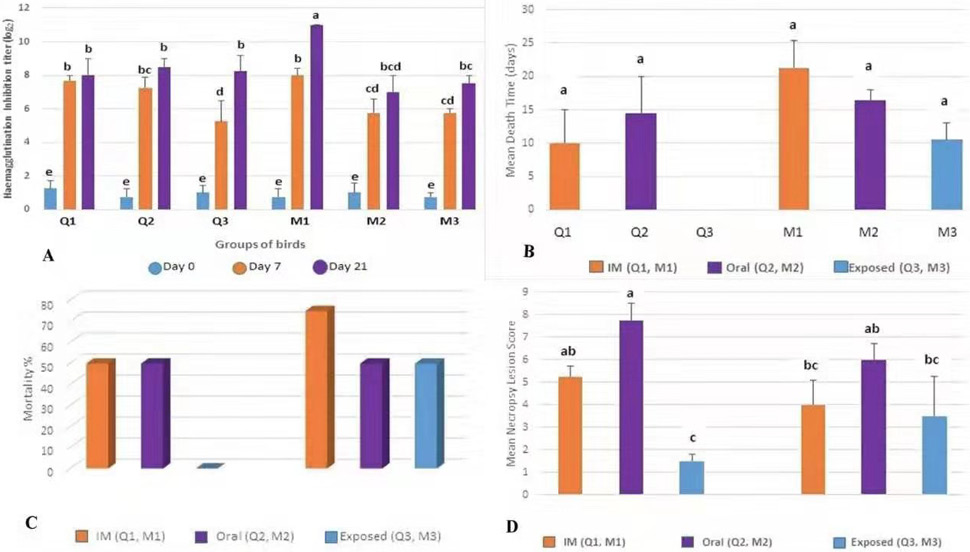 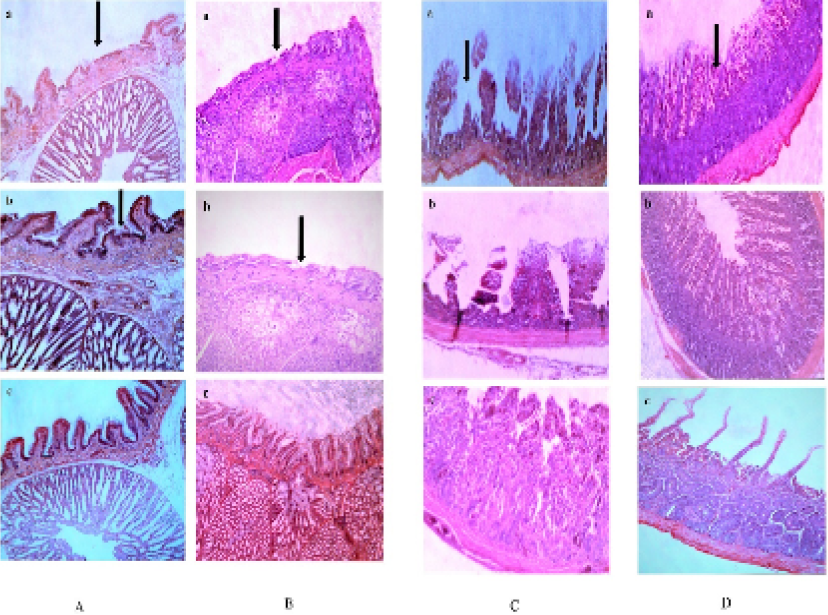 Histopathological lesions observed in proventriculus of Japanese quail (A) and myna (B) were mainly observed in the mucous membrane of the proventriculus. Extensive erosions in the epithelium, localized hemorrhages and congestion in the glandular region were observed. Glandular openings (villi) were swollen and had various degree of sloughed off mucosae, and irregular outline. Histopathological lesions observed in small intestine of Japanese quail (C) and myna (D) were mainly showed hyperemic and ulcerated microvilli. Surface desquamation was prominent and sloughing off the microvilli was also present. 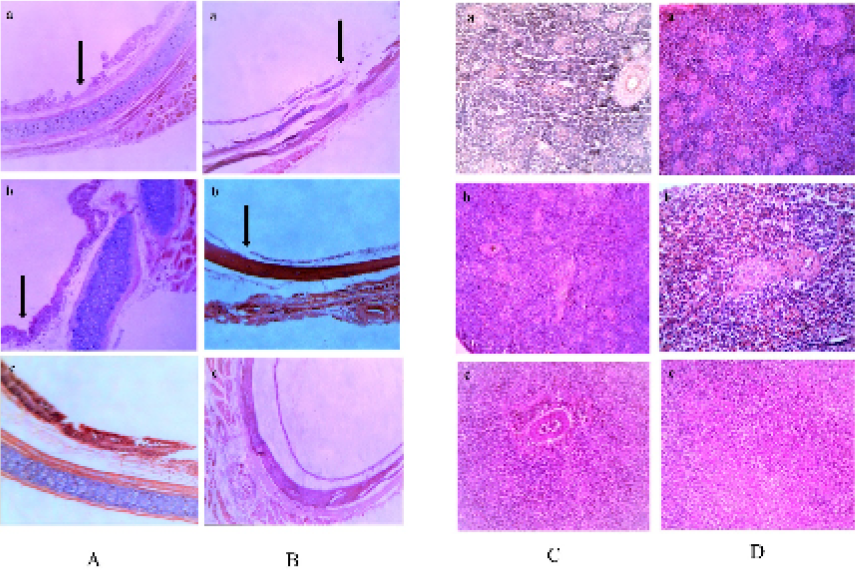 (A and B) Histopathological lesions observed in trachea of Japanese quail (A) and myna (B) were mainly discontinuation of surface epithelium. Loss of cilia of the lining epithelium and disturbance of coherence among various histologic layers were also noticeable. (C and D) Histopathological lesions observed in spleen of Japanese quail (C) and myna (D) were mainly enormous infiltration with mononuclear lymphocytes, especially in the area of red pulp. This region also showed hyperemic changes, petechial hemorrhages were also observed.