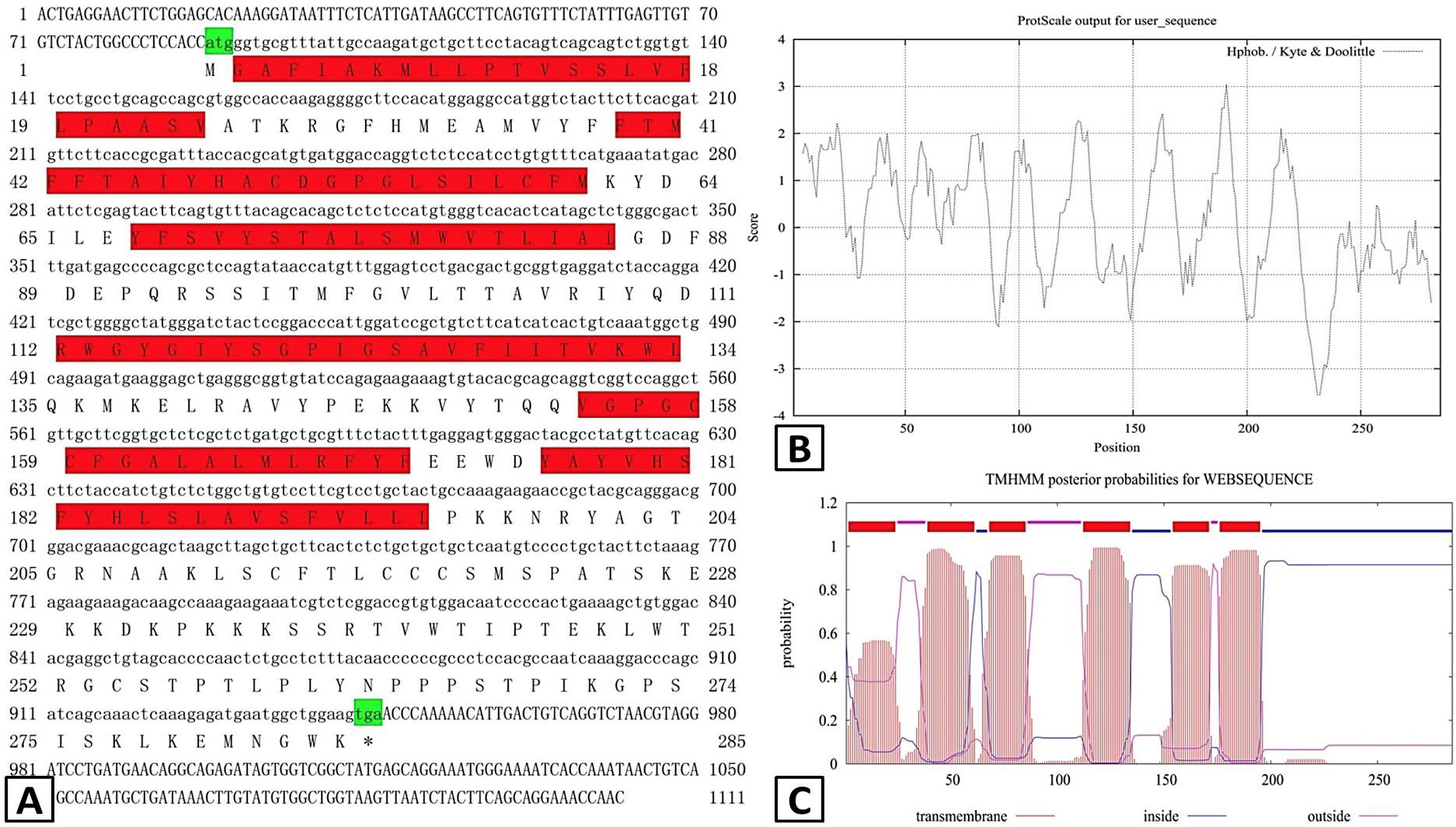 Sequence characterization of the Myomaker gene in Acanthopagrus latus. A, the nucleotide sequence of the Myomaker gene and the deduced amino acid sequence of T. ovatus. Initiation and termination codons are marked by green. Six transmembrane domains are shown in red; B, hydrophobicity profile of Myomaker; C, TMHMM posterior probabilities of Myomaker. 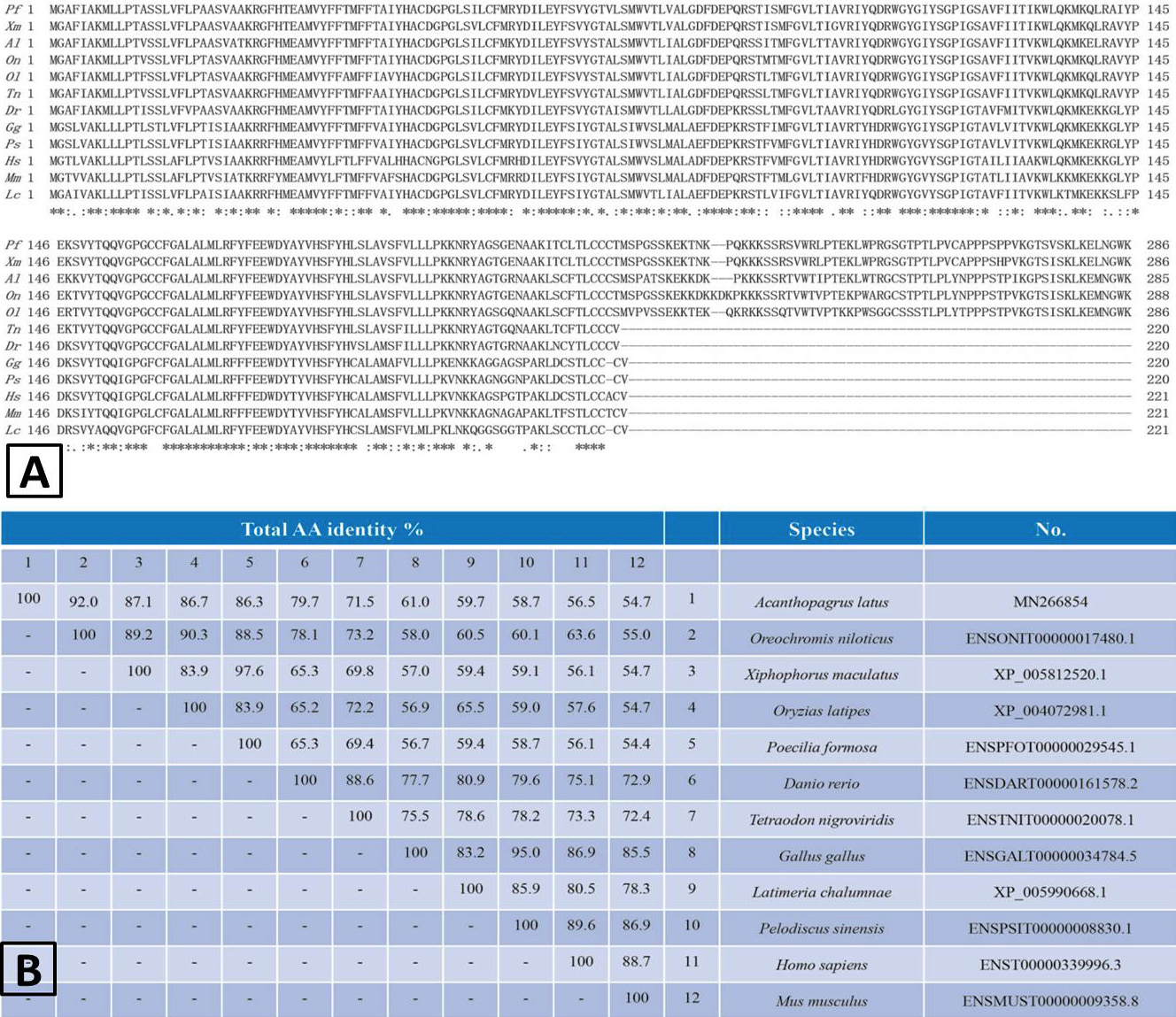 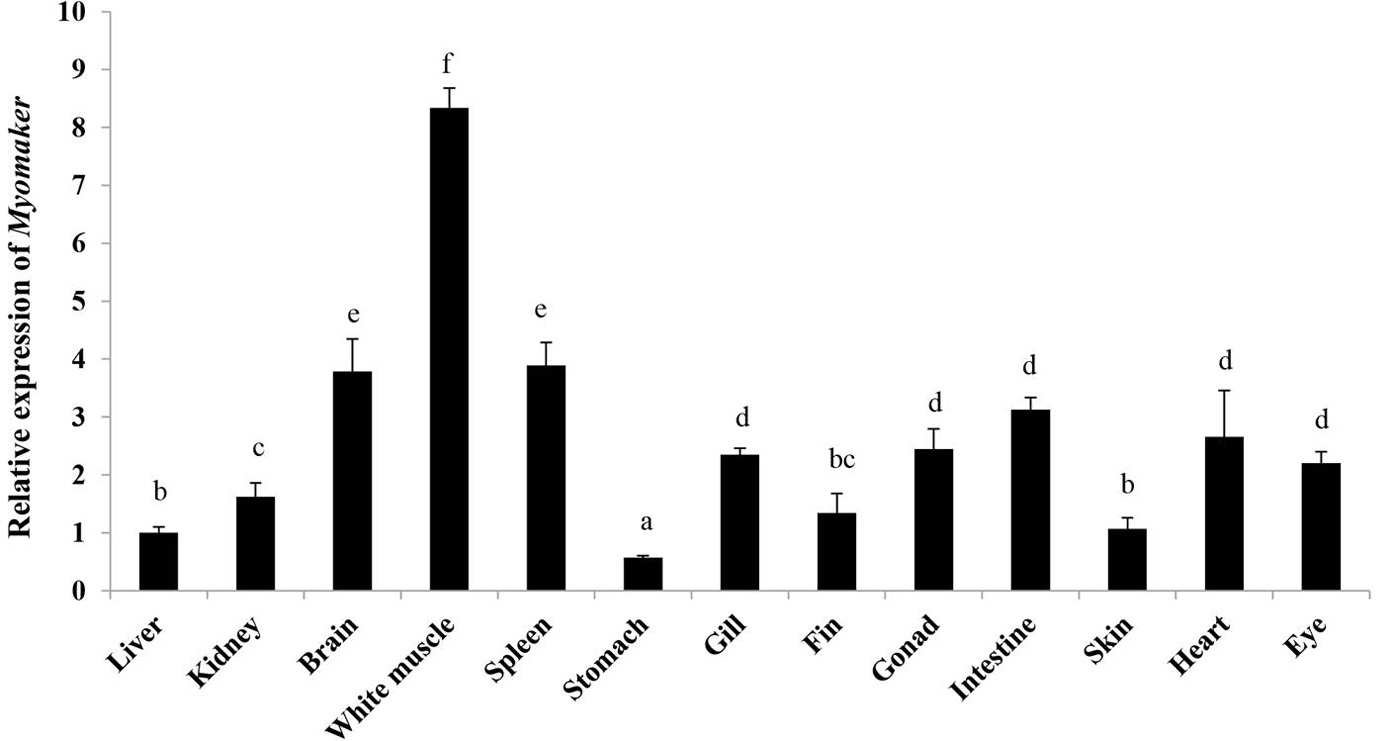 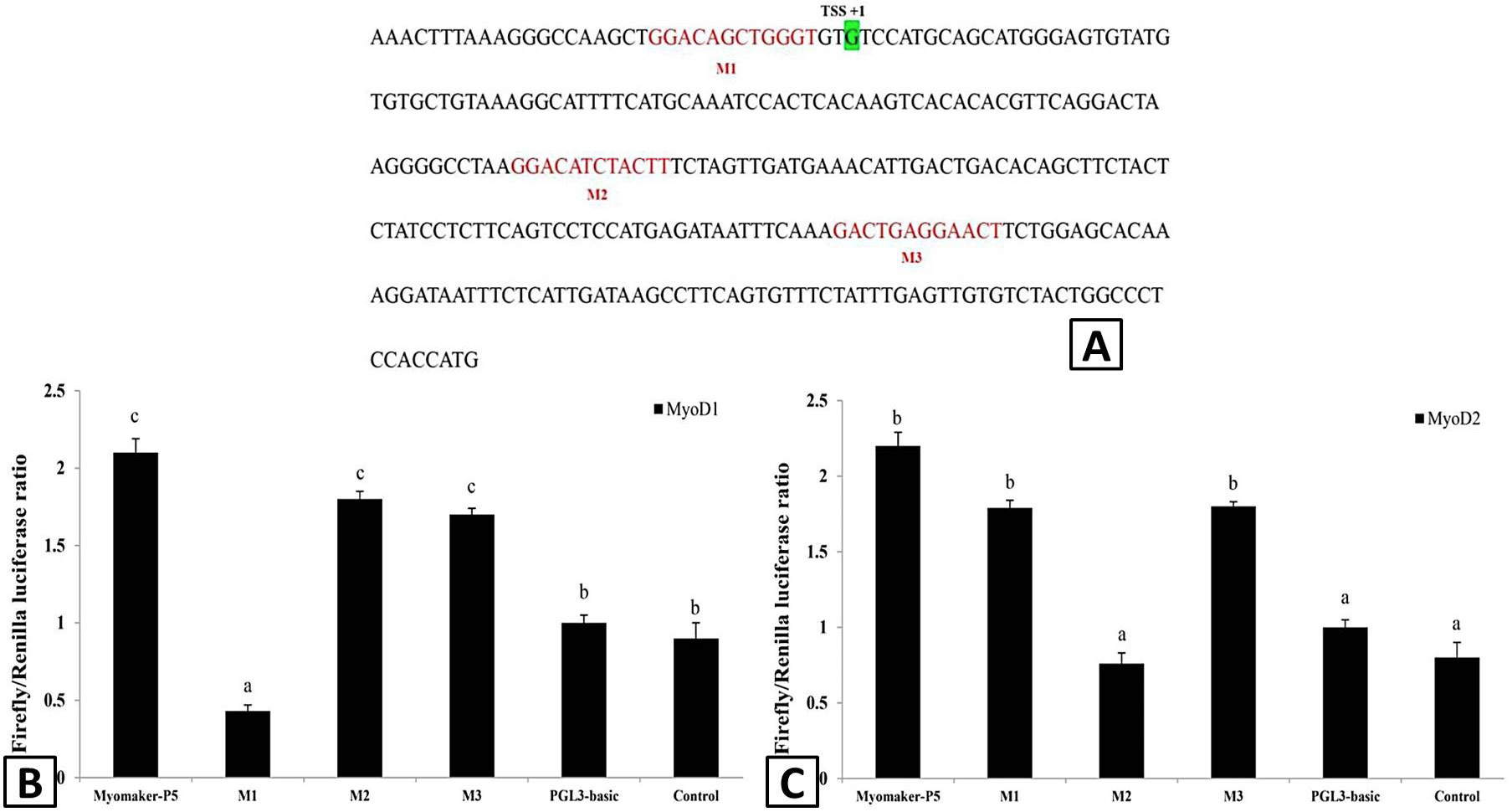 Construction of truncated mutants for the identification of predicted transcription factor (TF) binding sites in the Almyomaker candidate sequence. A, the nucleotide sequence and predicted binding sites in the core region of the Almyomaker-p5. TSS indicates the transcription start site. Effects of three mutants on Almyomaker-p5 promoter activity transfected with pcDNA3.1-MyoD1 (B) or pcDNA3.1-MyoD2 (C) or pcDNA3.1. Binding sites are shown with boxes. Data are presented as the means of three replicates ± SE. Different letters indicate significant differences (p < 0.05).