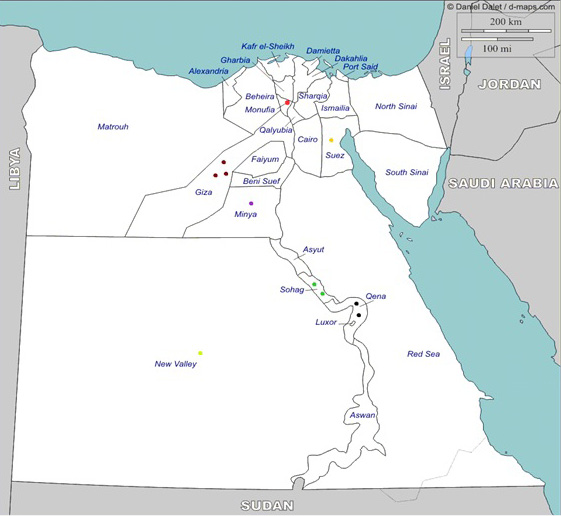 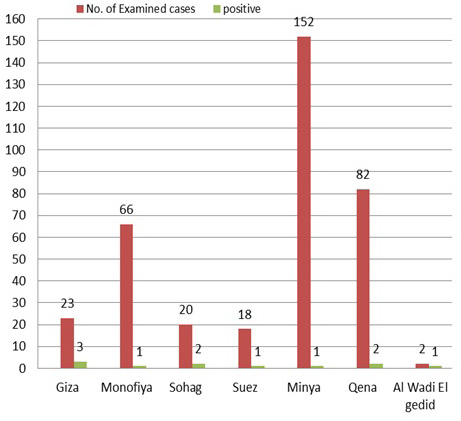 Epidemic chart of HPAI H5N8 during May 2017-August 2018 in Egypt. FN: The Fig. show the number of examined and positive cases of HPAI H5N8 in different governorates. 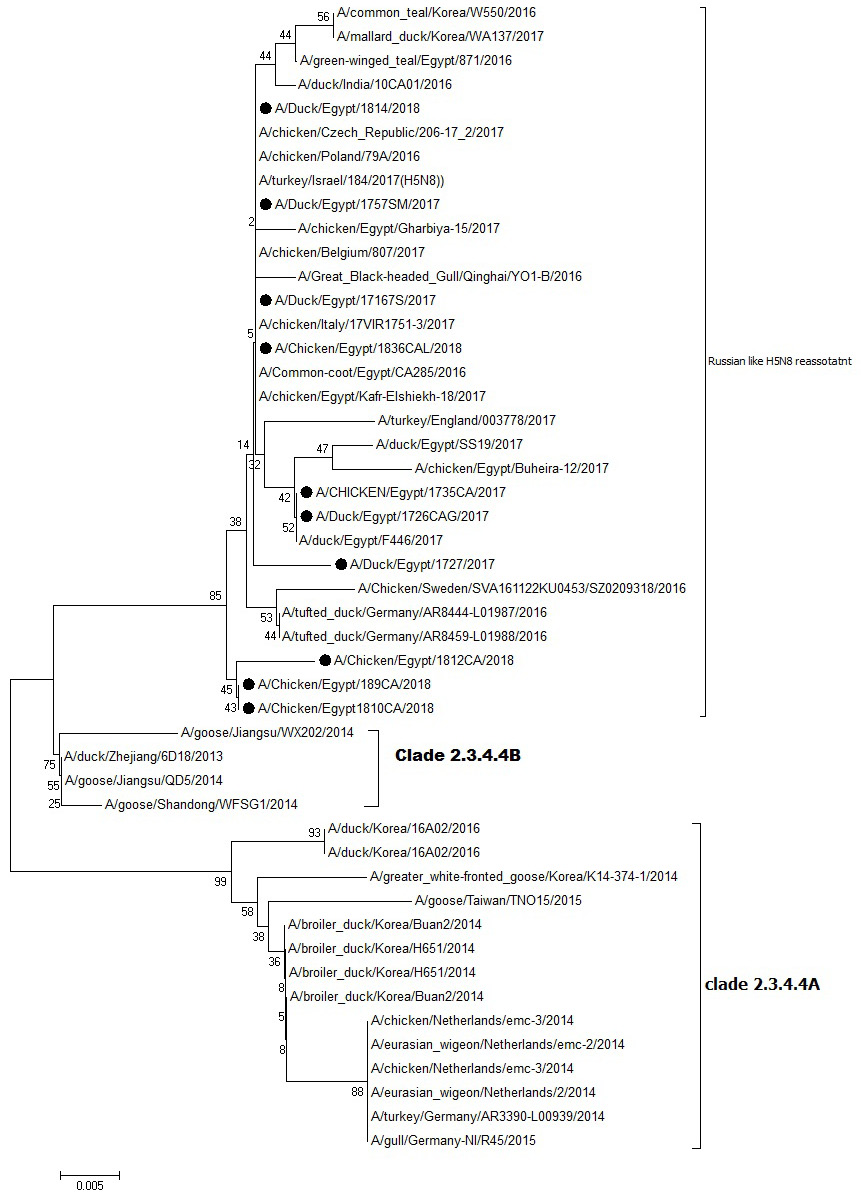 Phylogenetic tree of the partial HA gene of HPAI H5N8 FN: Fig. show all HA gene of positive samples included in AI H5N8 clade 2.3.4.4 group B. The sequenced viruses were clustered together in group B Russian like reassortant H5N8 viruses of clade 2.3.4.4. black dots refer to the isolates of this study. 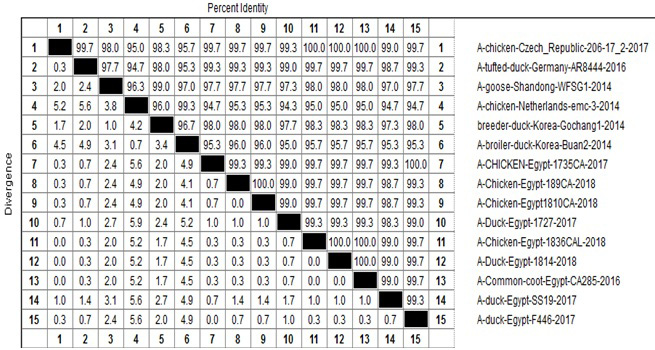 Nucleotide identities and divergence of Sequenced viruses compared to other selected strains. FN: Comparative alignment of partial HA gene showed that HA genes of the 10 viruses with reference strains in the genebank.