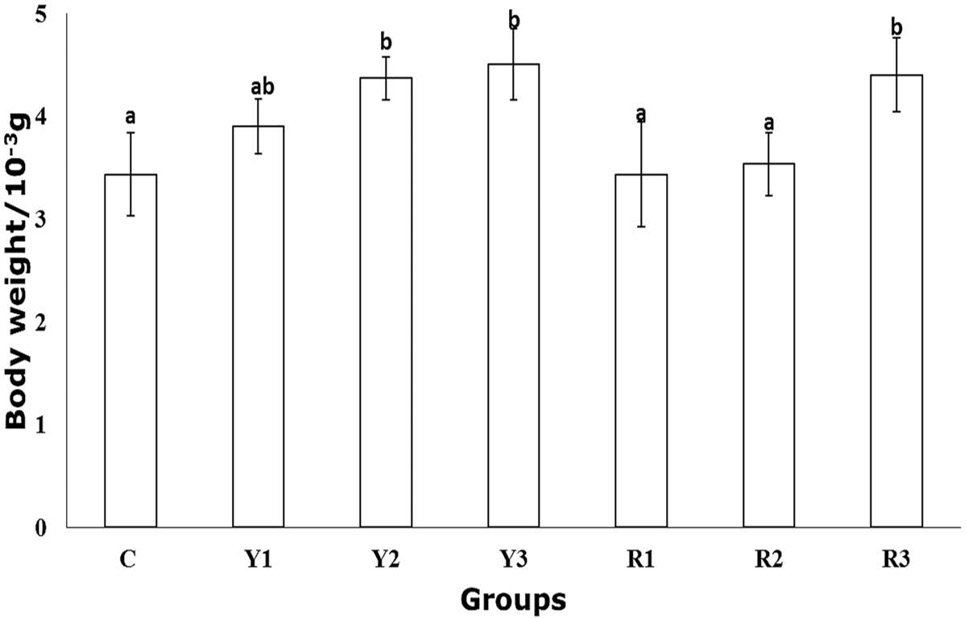 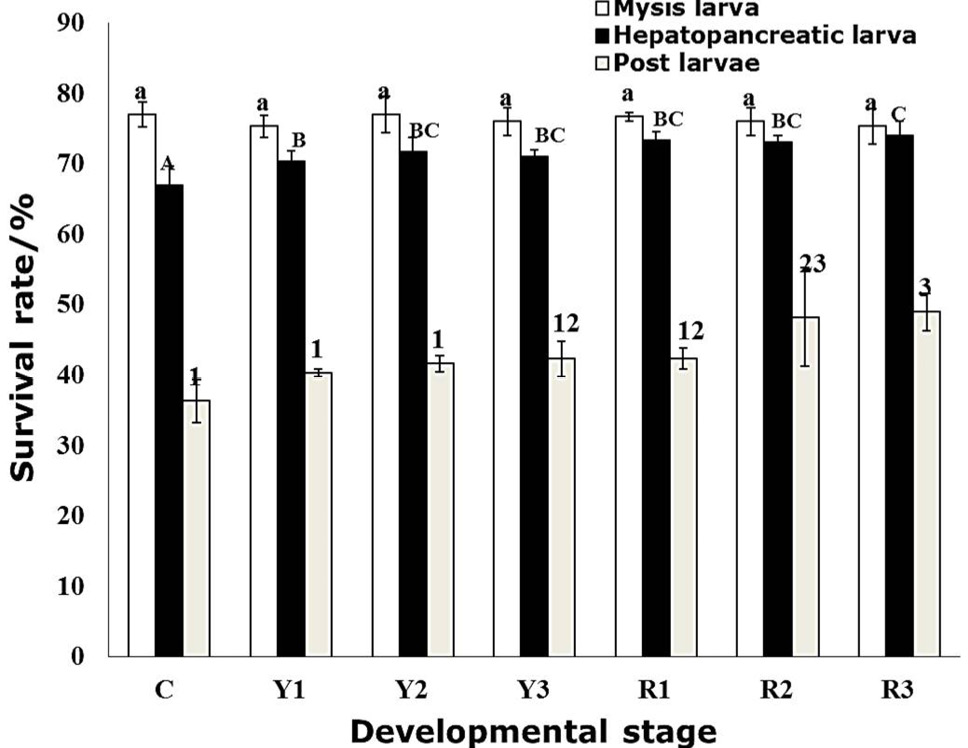 The survival rate of L. vannamei in each stage of metamorphosis in different groups. The numbers are compared among the same series. 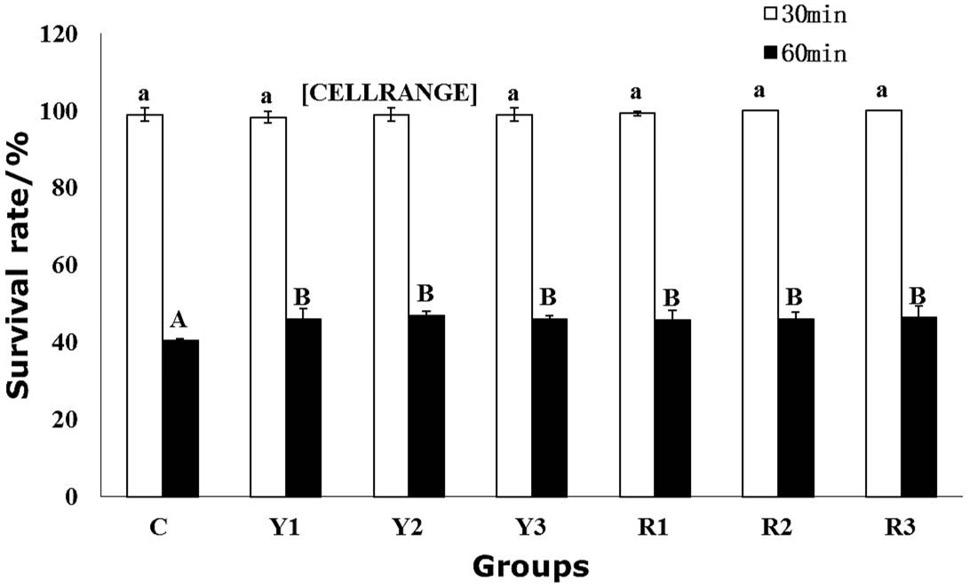 The survival rate of post larvae in fresh water experiment. 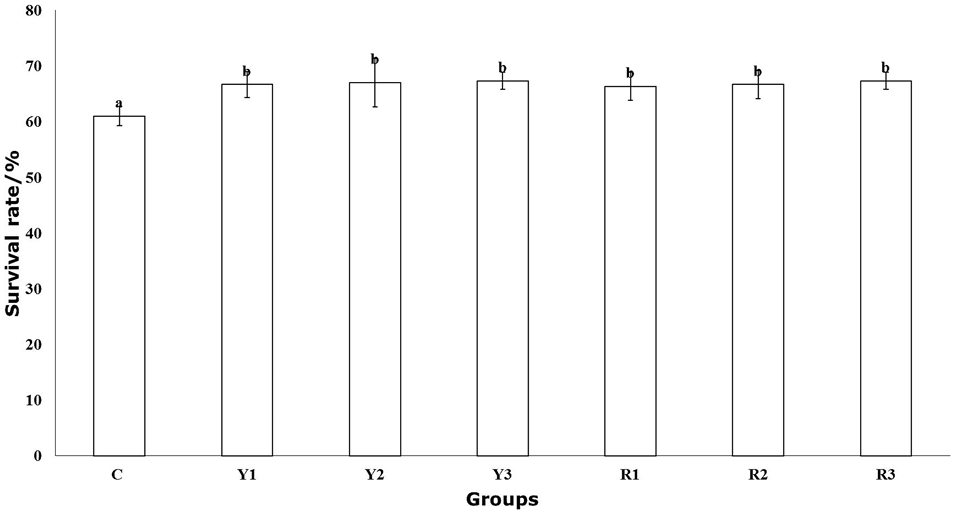 The survival rate of post larvae in temperature mutations.