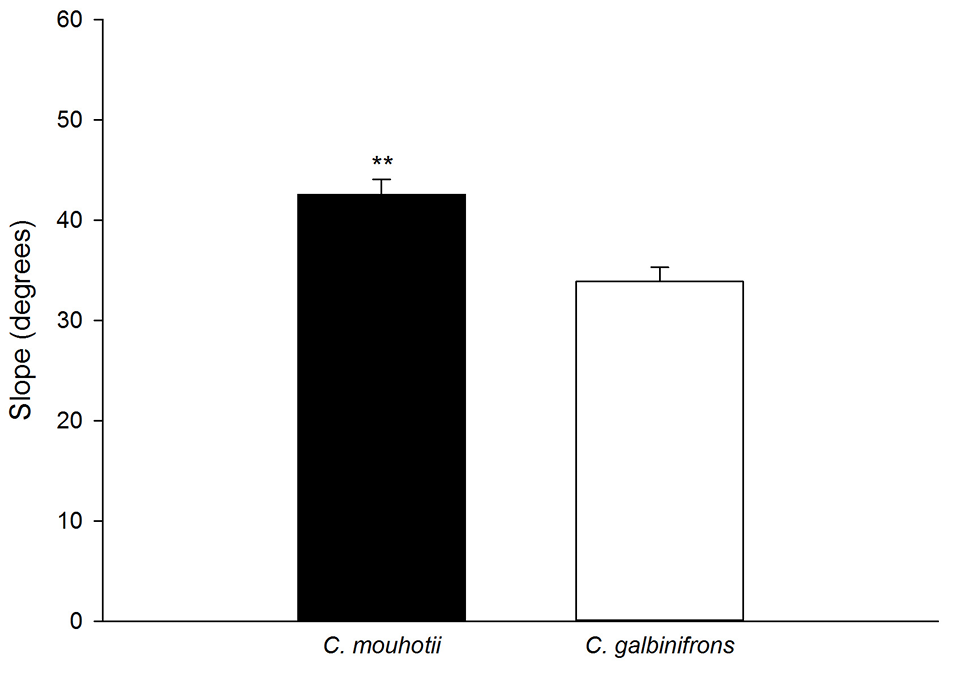 Clinging ability of two Cuora spp. Values indicate the mean ± SD maximum clinging ability, which was measured as the maximum slope at which turtles slid off a rough wood board. Asterisks indicate significant differences (**P < 0.001), according to a two-sample Student’s t-test. 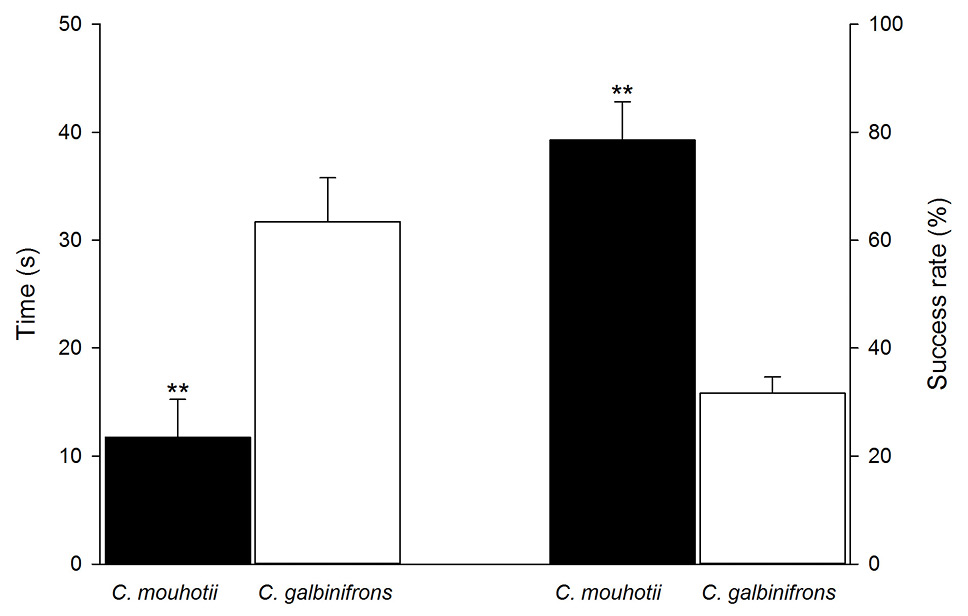