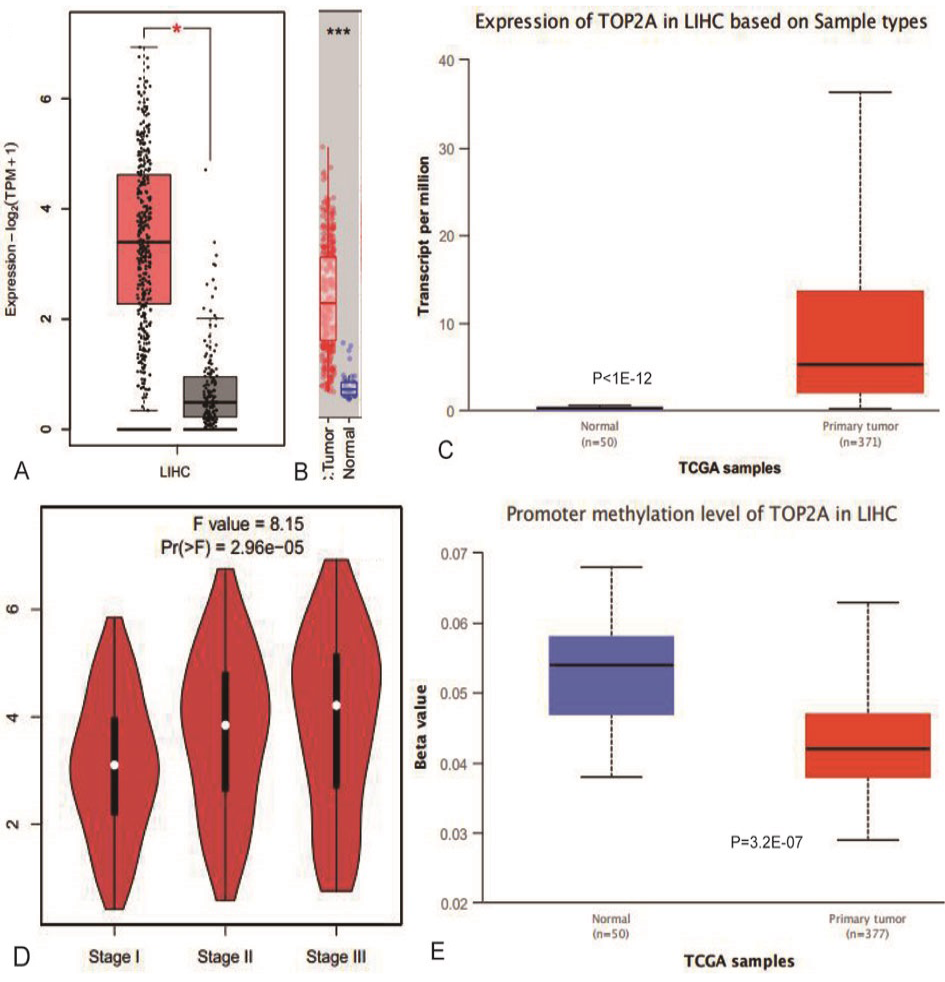 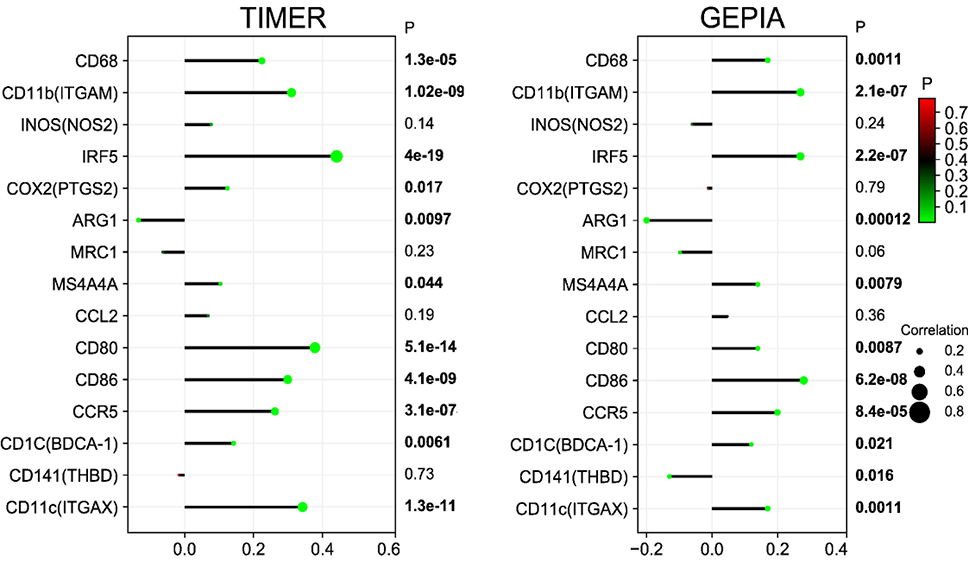 TIMER and GEPIA analyzed the correlation between gene expression and surface markers of immune cell.

Analysis of the correlation between TOP2A expression and clinical prognostic. A: OS; B: DFS; C: Survival probability. 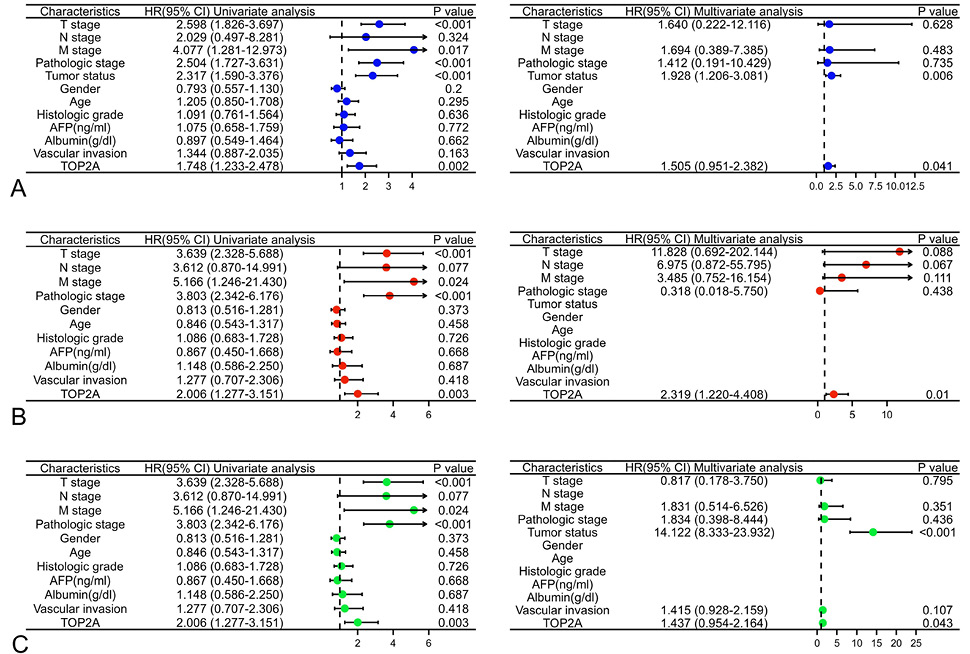 Univariate and Multivariate analysis of prognosis in patients with liver cancer. A: OS; B: DSS; C: PFI. 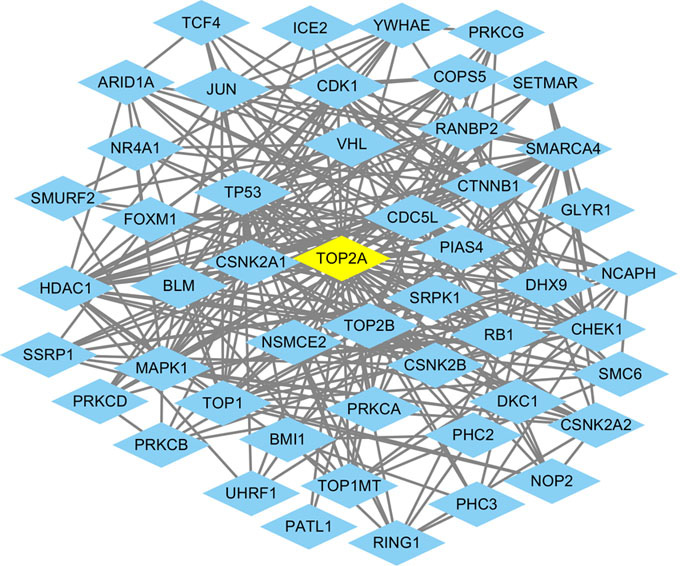