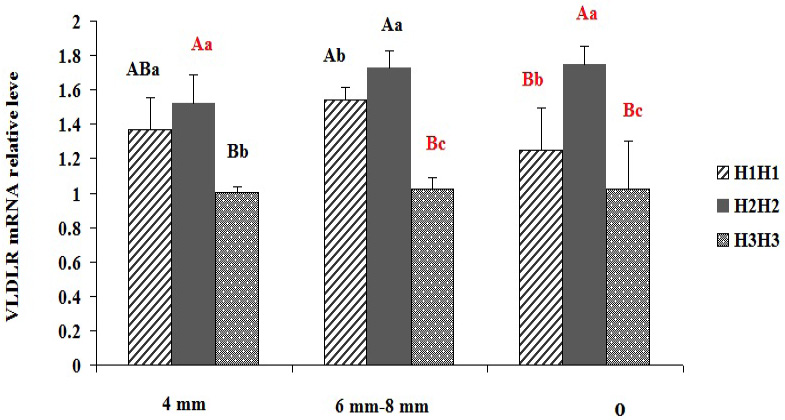 Relative expression levels of VLDLR mRNA of chickens with different diplotypes in ovary (O), 4 mm and 6 mm-8 mm follicles; Comparisons of mRNA expression of VLDLR gene in 4 mm, 6 mm - 8 mm diameter follices, and ovary among chickens with H1H1, H2H2 and H3H3 diplotypes. X-axis represents different tissues: ovary (O), 4 mm and 6-8 mm diameter follicles. Y-axis is the VLDLR mRNA relative level. In the same tissue, the highest mRNA level were all found in H2H2 chickens, and significant difference compared with those of H3H3 chickens (P<0.01). Menas ± SE were calculated for each tissue. Bars with different superscript letters (a, b or A, B) mean significantly different (P<0.05 or P<0.01).